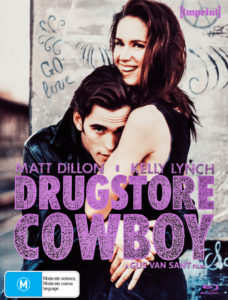 I didn’t realise Matt Dillon was famous prior to There’s Something About Mary for quite a few years, but I’ve gradually, and inadvertently been working my way back through his filmography while hearing his trademark New York accent become increasingly thicker. Drugstore Cowboy, the breakthrough feature from director Gus Van Sant, ranks as one of Dillion’s most celebrated performances as an over-the-counter dope fiend, Bob, who knocks over pharmacies with his small crew of fellow pill-poppers, including his wife, Dianne, played by Kelly Lynch. Now, this low-key crime drama is out on Blu-ray from boutique label Imprint Films, No. 64 for those keeping track.

I’ve always been drawn to stories about addiction, despite Zyrtec being the heaviest pill I’ve swallowed, but it’s the journey I’ve always found fascinating as well as the psychology behind the character’s affliction. Although, Drugstore Cowboy doesn’t get down in the gutter with acts of desperation and depravity to score “that next fix”. What the viewers get is more of a portrait of boredom on opioids in early 70s Portland, Oregon as titular cowboy, Bob, keeps the prescriptions filled while evading the law. While it’s a slow 101-minute burn this slice-of-life represents a lack of motivation and ambition exhibited by young adults living during a time when their nation’s morale was at an all-time low. Bob has a superstitious attitude towards the unlawful escapades he and his crew embark on, heeding odd occurrences as ominous warnings for misfortunes ahead, to the point where he begins to re-evaluate his life choices. Dillon’s semi-dazed performance as Bob is very convincing and true to an individual who literally doesn’t know what to do with themselves but enjoys having control over how they feel from one moment to the next. Kelly Lynch as Dianne, while a seemingly devoted partner, enjoys the high a lot more than Bob, suggesting a fragile co-dependency, but she rocks the 70s fashion and flare to the often-subdued mood throughout the film. 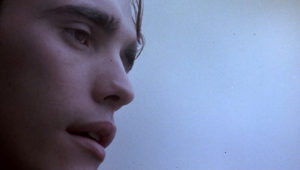 Drugstore Cowboys has been subject to two Blu-ray releases over the past ten years, first by Japan in 2011 and most recently in Spain in 2016, which makes this Australian debut the first in an English-speaking territory. While the source is presumably the studio HD master, this 1080p presentation in 1.78:1 is far from bad but doesn’t quite measure up to modern renderings. Having said that, the pale and naturalistic colours of a perpetual Oregon overcast come through nicely and helps to maintain the early 70s vibe from the film’s period setting. LPCM 2.0 gives the very dope soundtrack (no pun intended) a lot of life and sounds amazingly clear, similar to the quality of a vinyl recording, although the dialogue is a little low in volume, but Imprint has optimised quality to the max for this indie classic.

COVID-19 and the social restrictions its created are leaving their stamp on many boutique releases, via audio interviews, and while we all love a good sit down with a cast member or two, Imprint Films’ recordings have been excellent since they started showing up late in 2020. Kelly Lynch’s interview is strongly recommended for her history before entering acting and her personal connection to the film’s subject matter of addiction. On-the-set retro interviews can be seen on the vintage making-of documentary, which is more of a featurette to be fair, but provides a lot of insight into the film from the cast and crew at the time it was made. Imprint have gone with the original theatrical design for the Limited-Edition slipcase, which really shows off the purple lettering with a nice glossy finish, that’s matched by a slightly alternate design for the inside sleeve. 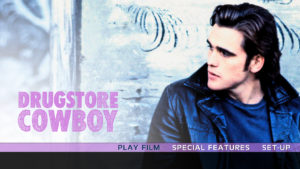 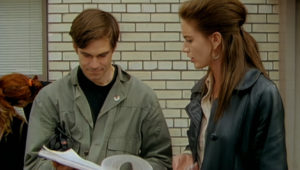 William S. Burroughs, who takes Drugstore Cowboy down a rather poetic route during its final act, offers some words of wisdom to the view in the above-mentioned making-of, “say no to drug hysteria, or any other kind of hysteria for that matter”. I’m sure you’ll agree the ‘other kind’ is of relevance today. 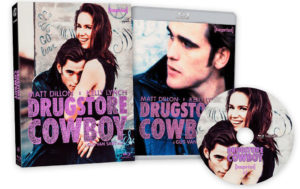 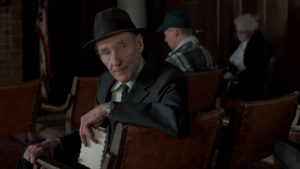 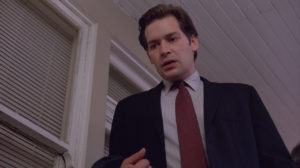 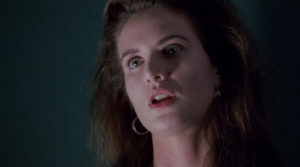 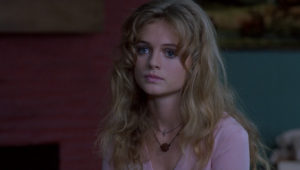 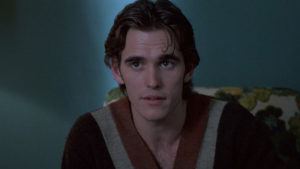