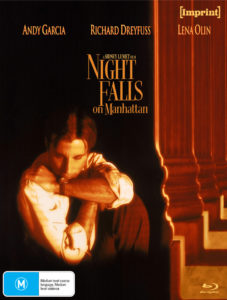 Here we are after three months with the next batch from Imprint Films, five premium Blu-ray releases, out of which I’m starting with the less talked about, Night Falls on Manhattan, No. 10 in the line-up. Andy Garcia stars as a newly elected District Attorney who must investigate accusations of widespread police corruption following a cut and dry murder trial.

Directed by Sidney Lumet, this lesser-known criminal drama feels in some ways like a spiritual sequel to the filmmaker’s more popular, Serpico, which looked at the day-to-day police corruption from a street level, wherein this case it’s being exposed from the “other side” and looked at from the top down. Granted that’s not all that the film is about. This a thought-provoking exploration of morality from a position that relies heavily on ethical and moral conduct, yet one that often ventures in legal grey areas that present difficult dilemmas. Garcia as District Attorney Sean Casey wears his heart on his sleeve. Our lead’s sudden elevation to the powerful position came about due to a combination good fortune and misfortune, learns from his predecessor, played by the late Ron Leibman, that things aren’t black and white and how the wrong choice can put you on a very slippery slope. Ian Holm as Sean’s father, Liam, is a veteran cop who’s in dangerously close proximity to the alleged corruption, in the form of his partner, Joey, played by James Gandolfini; who turns in a memorable performance with hints of Tony Soprano. Holm nails the very specific Irish / New York accent via a very emotional portrayal on the same level as Garcia. Richard Dreyfuss as defence attorney Sam Vigoda is a character that subverts expectations, much like the film’s story and narrative. He’s great as always, but unfortunately, he probably has the least amount screen time despite being one of the most significant supporting players. Lumet shows us a world in the judicial system that’s very harsh and ruthless, and rightfully so as police corruption is shown for the abhorrent criminal act that is truly is and what it can lead to. While there are numerous victories throughout the film, it shows the constant uphill battle in fighting what is an ever-present problem that sadly exists due to the human appetite for wanting more than our share. 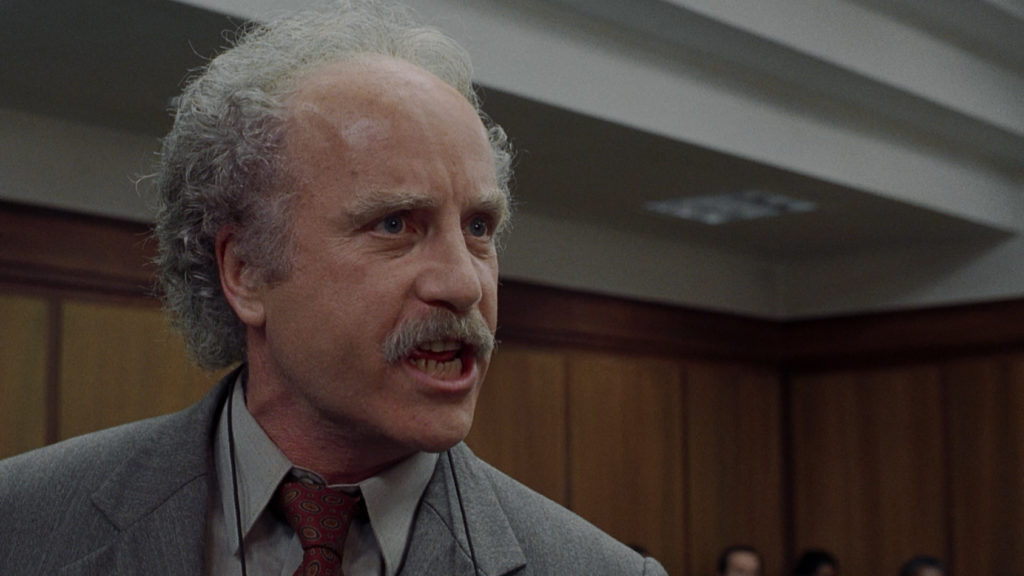 Advertising a Blu-ray as a “1080p presentation of the film” really goes without saying, especially 14-years into the format’s life, but what is assumed to be a standard HD transfer is actually quite impressive for a debut release. While it’s a little on the dark side, which is probably more to do with the film’s visual style, the 1.78:1 image has a nice textured look with strong contrast which helps bring out its realistic and natural colour pallet. Sound, however, is a little up and down in regards to the dialogue volume, but very crisp overall via the English 5.1 DTS-HD track, while the optional LPCM 2.0 audio is a little more consistent. I think fans and collectors alike will most likely be pleased with how this overlooked classic turned out, and it’s region-free to boot.

I remember having zero appreciation for audio commentaries when I first started collecting DVDs, but now I think they’re the most valued form of bonus content and Sidney Lumet provides some interesting insight into his film. Lumet addresses the obvious difference in ethnicity between Holm and Garcia who play Irish-Americans, father and son by simply stating he looks for the best actor to play the role. Although to be fair, the film does explain Garcia’s Hispanic background during a brief scene for eagle eye viewers. Unlike the previous batch of Imprint releases, these slipcovers have a matte finish, which I prefer as it better suites the boutique label’s style. Artwork goes for a nice warm sunset-ambience that’s very counter to the film’s tone and colour, while the standard art basically just reflects what’s on the menu screen. 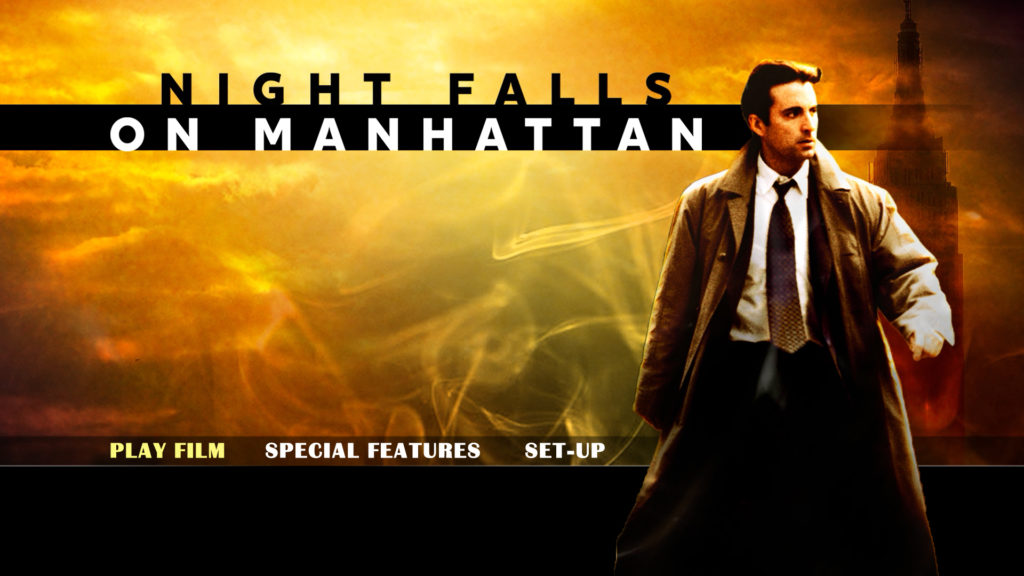 Night Falls on Manhattan remains in the shadow of this prolonged resurgence of 80s cinema appreciation. It’s frankly a little depressing as the mid-90s, while not the strongest period in the decade, harbours some exceptional films. I’m grateful to Imprint Films for shining some light on this seemingly forgotten Lumet classic with this quality physical release. 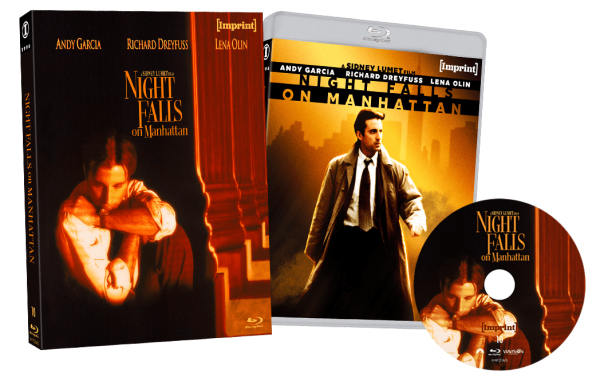 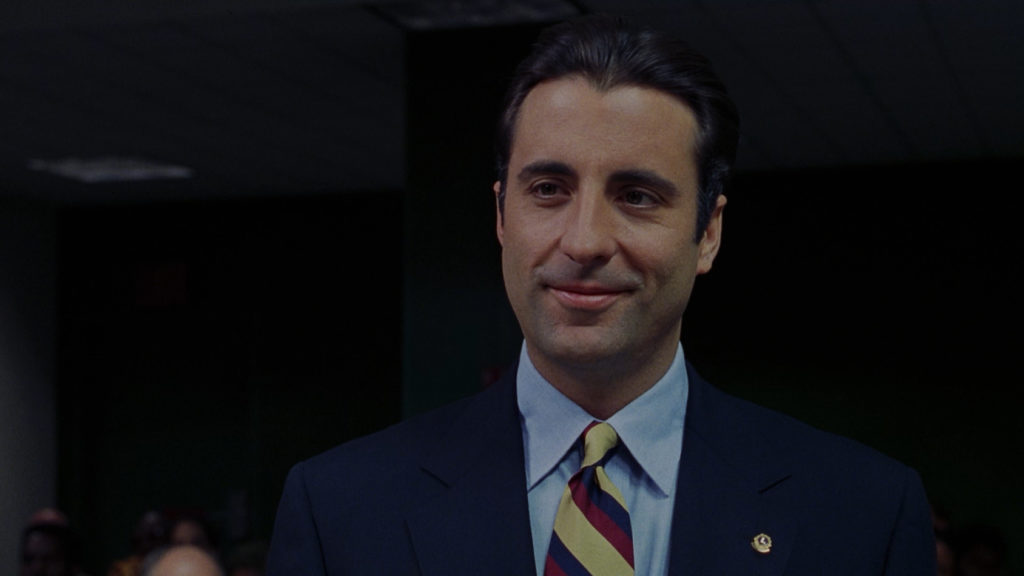 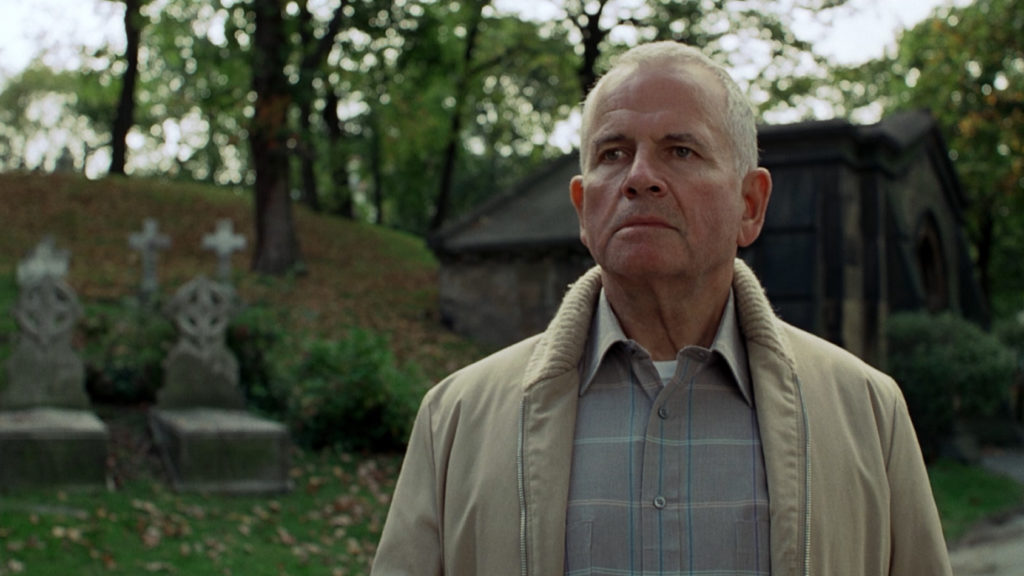 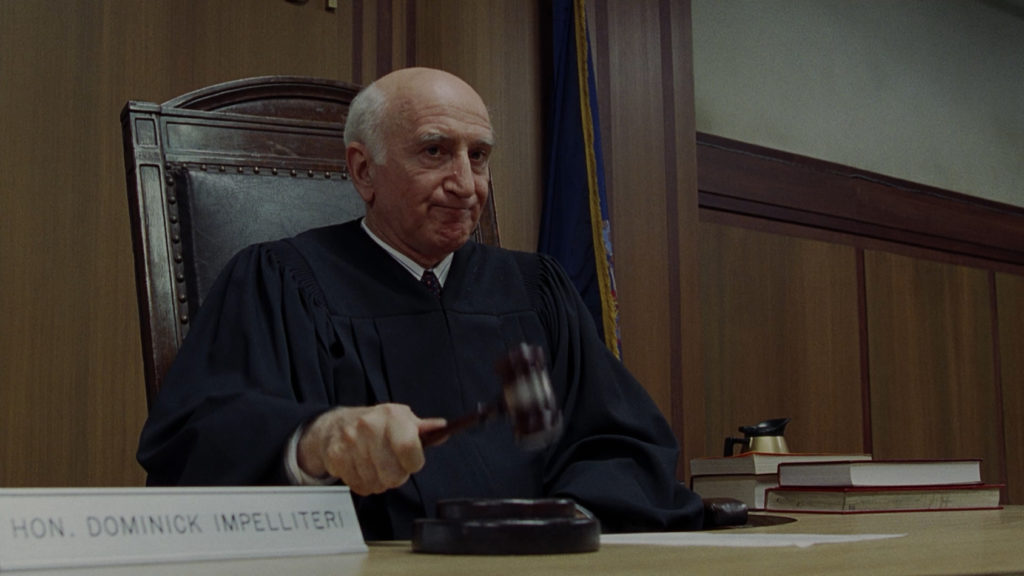 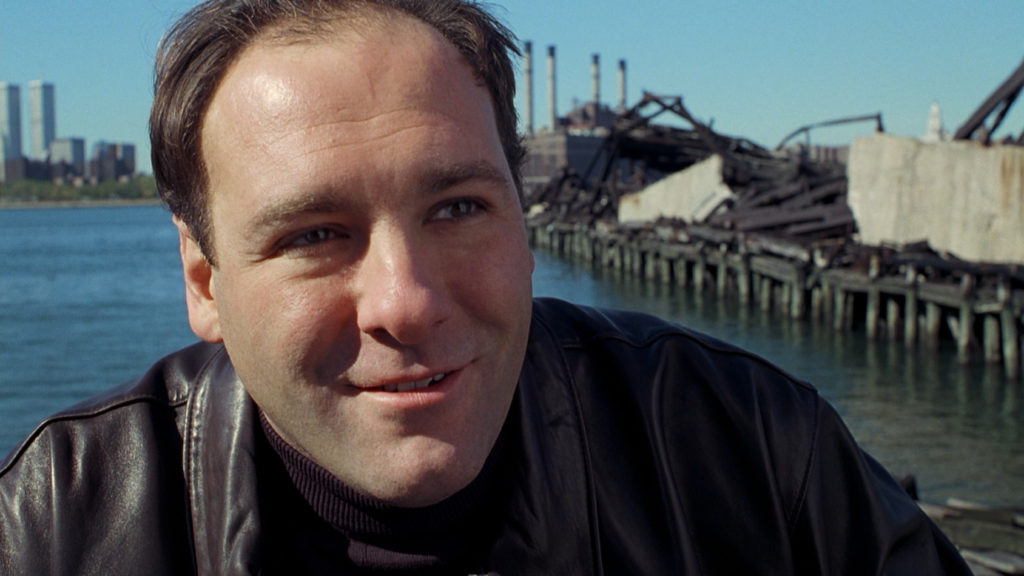 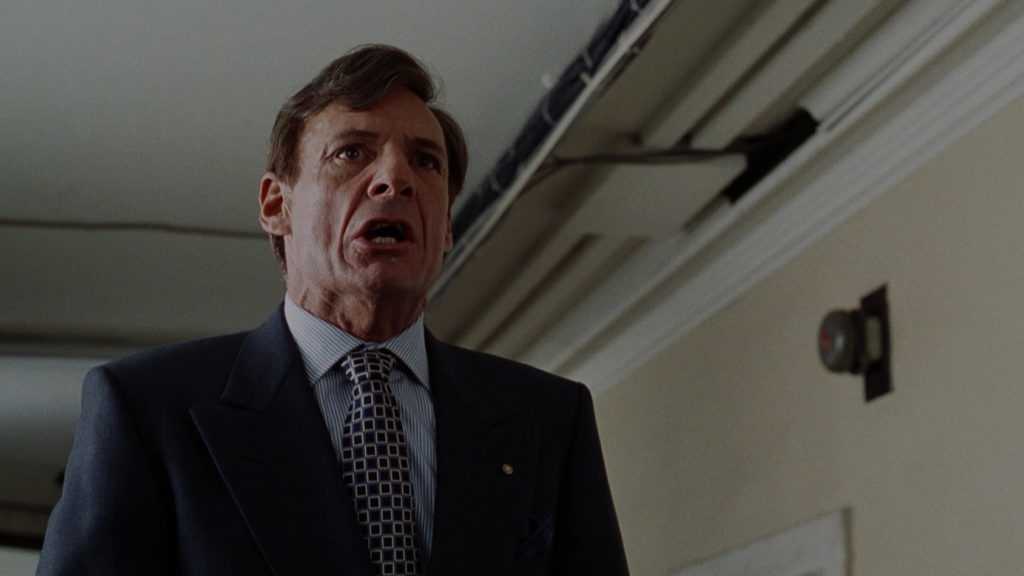