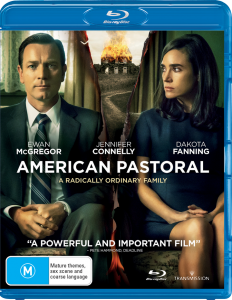 Based on Phillip Roth’s celebrated novel, American Pastoral marks the directorial debut of Ewan McGregor, who takes on the ambitious take of adapting what has been described as a manifestation of the “indigenous American berserk”. Now available on Blu-ray from Universal Sony Pictures Home Entertainment, our story centres on a former college football star and his beauty queen wife. Living a seemingly perfect existence in a rural New Jersey town, their lives are torn apart when their daughter becomes influenced by the social and political turmoil of 1960s America.

Following the end of World War II, the subsequent boom years gave birth an idealistic image that just about any white person could subscribe to, particularly those graduating from college. American Pastoral realistically explores the social fabric of a family unit that is challenged by emerging political upheaval and personal desire vs the expectations placed on us by others. Our lead character Swede Levov, played by Ewan McGregor, is an embodiment of the American dream. Proud husband, father and family business owner, our hero struggles to makes sense of the organised chaos which has seduced his beloved daughter, symbolic of the nation as a whole. Made on very modest $10 million budget, the film does manage to capture the pivotal time period exceptionally well through an authentic and highly detail production design. Visually, a transitioning colour pallet reflects the changing mood and tone throughout, appearing quite harsh during some scenes. Needless to say he film’s subject matter lends itself a lot to the performances and the principal cast manage carry the weight of it exceptionally well. McGregor is sympathetic as Levov and relatable to anyone faced with a personal crisis in their past. Whereas our protagonist’s prized wife Dawn is unable to cope with the strain of losing her child, eventually succumbing to the image people have of her. It’s a spectrum of emotions reflected convincingly through Jennifer Connelly’s performance. Dakota Fanning is quite jarring as their rebellious daughter Merry, who is often unpleasant and bewildering, but a great performance from the young actress nonetheless. 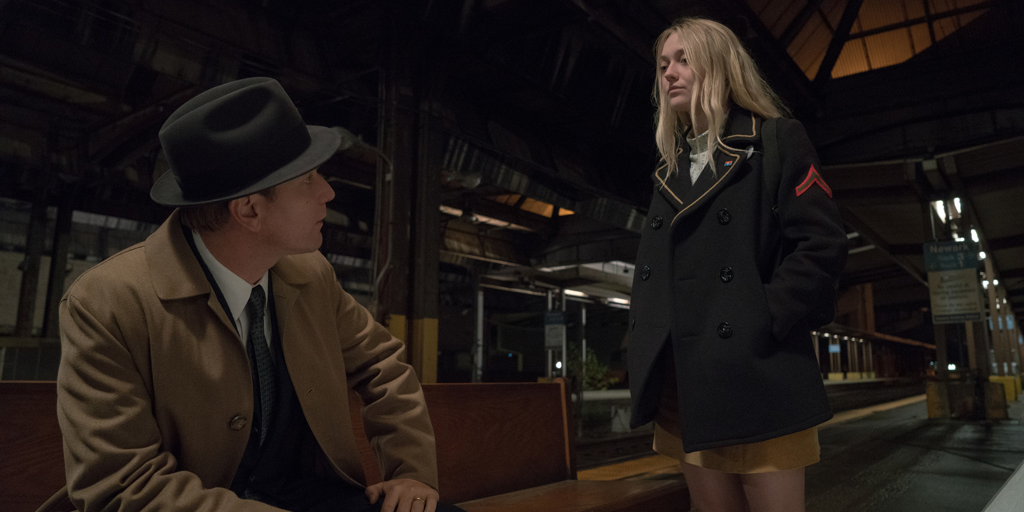 Vibrant contrast is especially dominating in regards to picture and helps bring out the film’s prominent use of colour, while sounds comes packaged in standard DTS-HD Master Audio and brings richness to the rather subdued soundtrack.

Bonus content provides much food for thought, while taking viewers through the process of bringing Phillip Roth’s story to the big screen from both an intellectual and technically stand-point. Cast and crew interviews provides personal interpretations of the film and insight of developing their respective characters.

American Pastoral is the death of dreams and idolisations amidst unconditional love. While you won’t be left feeling warm, the reality of bad things happening to good people will undoubtedly leave you feeling moved.