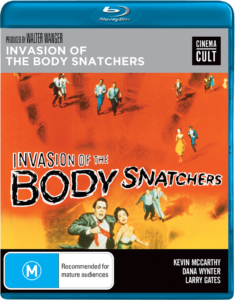 Science-fiction cinema throughout the 1950s was usually reserved for B pictures; low-risk money makers for the major studios. However, with the threat of Communism reaching high levels of paranoia throughout the United States, the popular genre became the means for a terrifying public service announcement amidst the ‘Red Scare’.

Invasion of the Body Snatchers has finally spread to Australia on Blu-ray & DVD thanks to dedicated niche label Cinema Cult, one of many films that have been on my radar since the early seasons of Cinemassacre’s Monster Madness. Starring chisel-jawed character actor Kevin McCarthy, a small California town, Santa Mira, seems to be under a shared delusion of seemingly normal folk accusing their loved one of being imposters devoid of all emotion. Dr. Miles Bennell (McCarthy) is naturally sceptical at first, but a shocking discovery leads to the realisation of what’s happening in the normally peaceful town is all too real. I was expecting something a little on the corny side given the film’s age, but I found myself amazed by how effective and frighting it manages to be using the simple means of suggestion and minimal effects as the story unfolds. Imagine if someone confided in you that a relative or even their spouse was suddenly someone else. The claim would be an unexpected thing to hear that you probably wouldn’t believe; but then you hear the same story from other people, more and more until you’re feeling alarmed and disturbed. Invasion of the Body Snatchers welcomes viewers into this phenomenon via the friendly Dr. Miles who is clearly part of a warm community, so when things a take turn, the feeling genuinely an unsettling one. The idea of an unseen terror makes for tense viewing and as the plot unravels, or splits open like the ominous pods, paranoia sets in as Miles must warn the outside world of the coming invasion. McCarthy is truly the driving force of the film, his gradual transition from mild-mannered to hysterical amounts to a great performance. Despite portions of our hero’s dialogue reinforcing the metaphors being made towards Communism, which are very blatant in retrospect, they don’t diminish the film in any way. In fact, this aspect gives the movie an important time stamp in history.

Based on a quick search at Blu-ray.com, I think it’s fair to presume that Cinema Cult’s source for their HD release was the North American bare-bones edition from 2012, which warrants no real complaints. However, the image is somewhat inconsistent in regards of sharpness; the opening titles, for instance, appear very soft for 1080p, not making the best first impression. Most daylight scenes look the most impressive along with key moments in the film, including the haunting climax out on that busy highway. Presented in 1.85:1 widescreen, the region B disc is without subtitles and unfortunately chapter-stops, and audio is in a basic and but audible Dolby 2.0.

Invasion of the Body Snatchers not only holds up in regards to subject matter but in style and specials effects. Images of those unfinished “bodies” being pushed out of the alien pods are a disgusting sight, but gloriously practical. 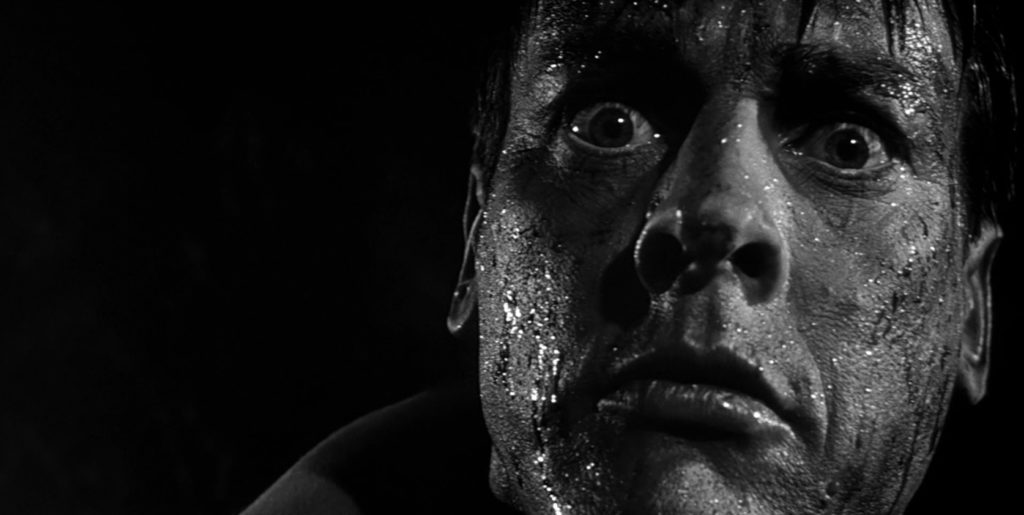 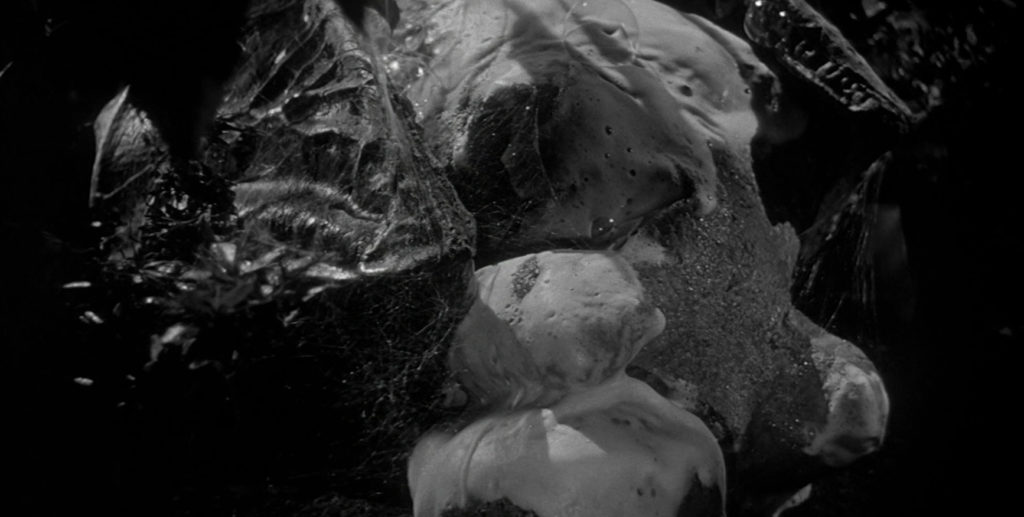