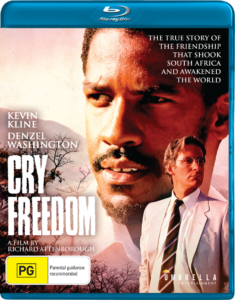 While not a film one would expect to fall under Umbrella Entertainment’s home library, its status as underappreciated has made Cry Freedom a worthy selection for HD treatment. From director Richard Attenborough, this racially and politically charged drama tells the courageous true story of native South African activist Steve Biko and white journalist Donald Woods. Set during the late 70s apartheid era, both men forge a bond and eventual friendship over their mutual opposition to institutionalised racial segregation of black citizens.

Often films of this size and runtime (155 minutes) can be somewhat daunting, but with such a powerful story, broken into what feels like two separate movies, it’s a surprisingly easy film to watch and immerse yourself in. Based on Woods’ two highly publicised books, Attenborough and his attention to detail give a real sense of the social climate throughout the divided nation, where media obviously played a big part in the government’s agenda. Woods initially views Biko as destructive and trouble-making, likely due to his comfortable position as an editor and biased reporting by some members of his team. This wilful blindness is a powerful statement on its own, reinforcing how something so blatantly clear to outsiders can be obstructed by those in power. Biko and Woods’ eventual uniting sends an important message of unification, but sadly invites grave danger for our two protagonists, highlighting the horrific nature and power of the decades-long regime. The film’s second half primary focuses on Woods and his family attempting to flee South African to publish Biko’s story, with the intent to invite international condemnation of apartheid. While it’s a gut wrenching journey, I can’t help but feels that it diminishes what was covered earlier and paints Woods as the bigger hero, whereas both men are of equal measure. Nevertheless, performances from Kevin Kline and Denzel Washington respectively bolster the film and encompass the story’s social message. Washington earned his first Oscar Nomination and while it was for Best Supporting Actor, his portrayal as Biko was a strong indication of the leading man he would become.

Considering the weight of what is undeniably an important film, this Australian-first Blu-ray release unfortunately lacks bonus material. However, quality is top-notch on a region free disc presented in 2.35:11 widescreen. Sounds bellows triumphantly via a 2.0 DTS-HD English track, echoing the Africana infused music by George Fenton and Jonas Gwangwa, both of whom received Oscar Nominations for Best Music, Original Song and Original Score. Picture is very crisp with strong colours accentuating the South African setting, despite the film being mostly shot in the neighbouring Zimbabwe. Acquired from Universal Pictures’ extensive back catalogue of classics there has been nothing comprised in picture during its movie to digital HD as the original film stock has clearly been in good hands.

It’s staggering to think that such a backwards government system was able to last for so long without outside intervention. Despite its eradication in 1994, you only have to watch any lifestyle program or documentary to see that the stink of apartheid still lingers, proving that while significant change and progress has been made, South African is still yet to move on entirely. 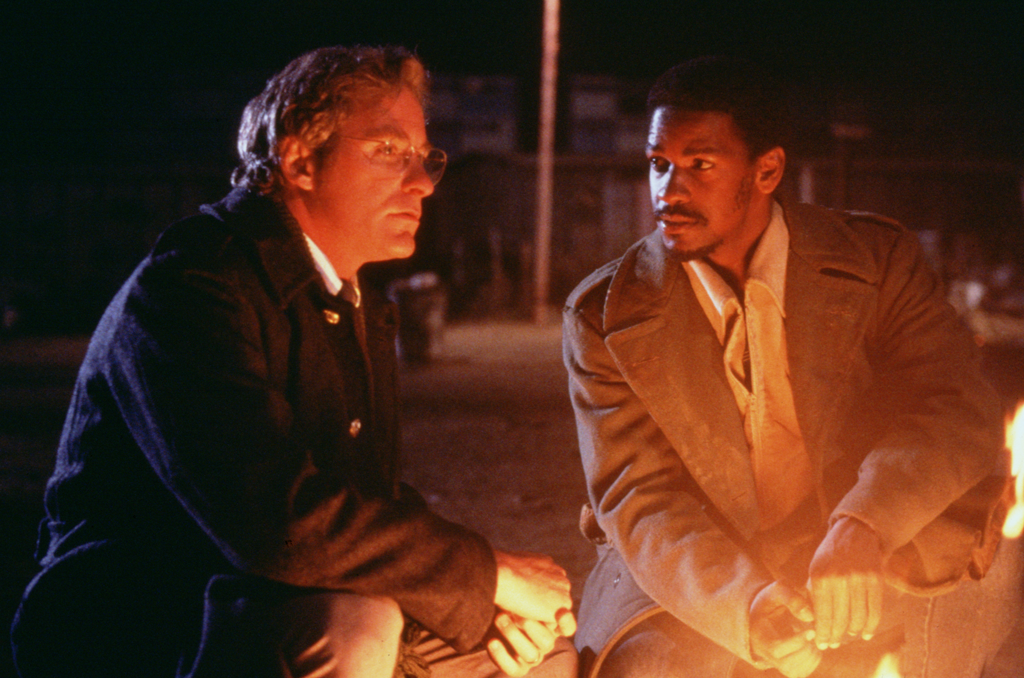 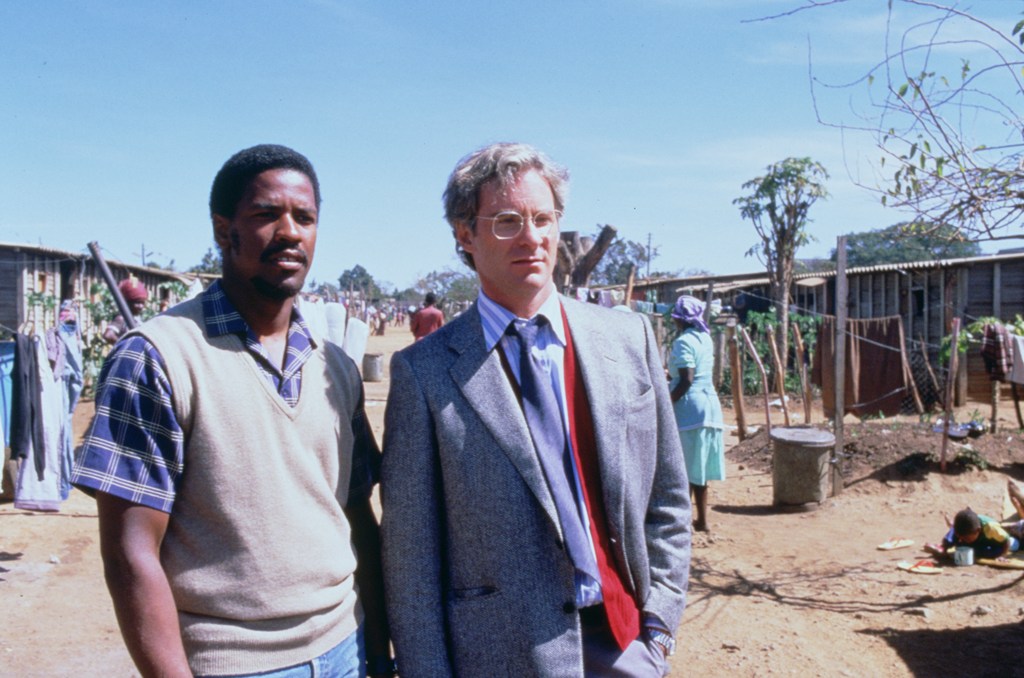 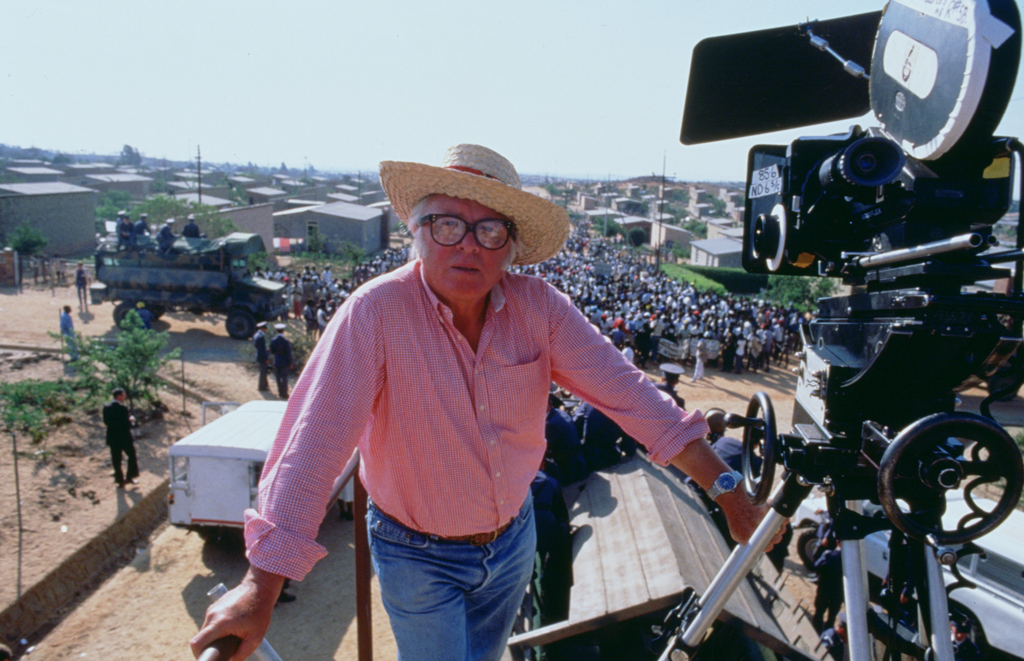 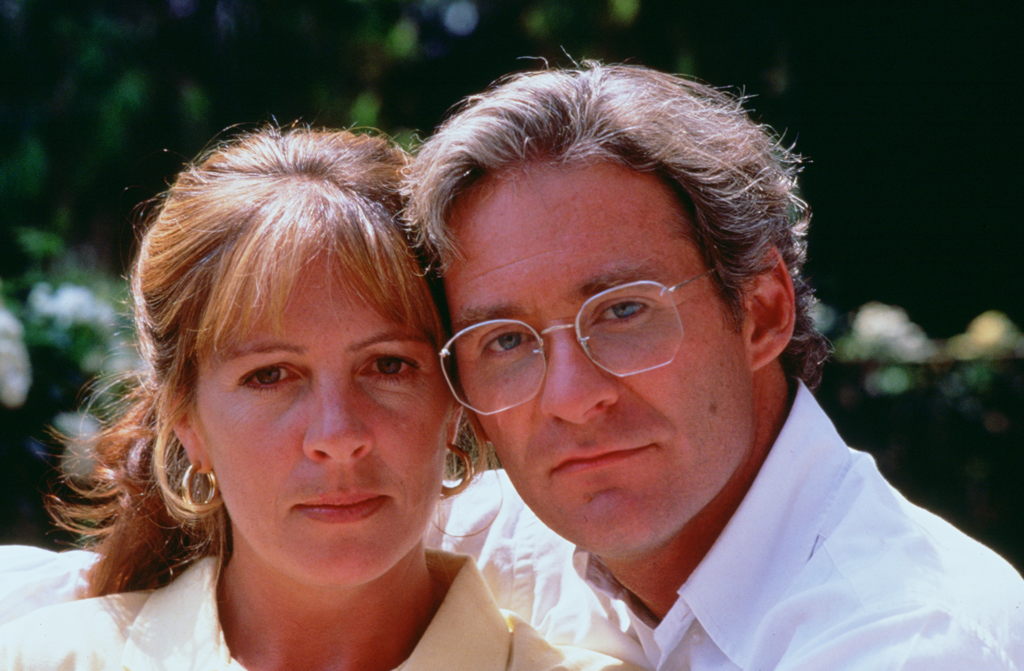 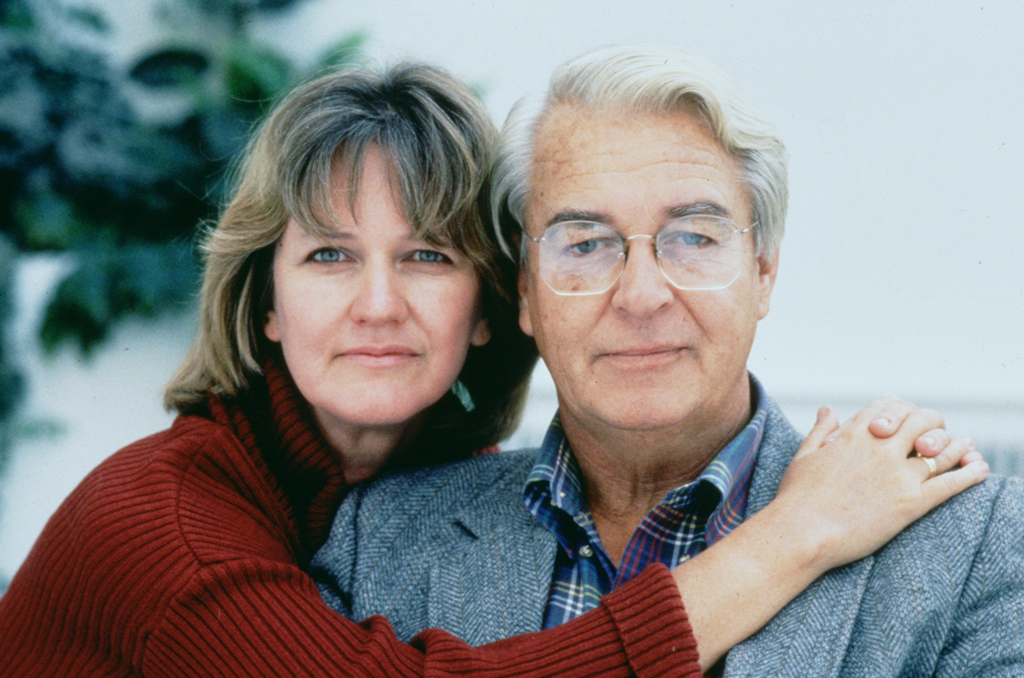