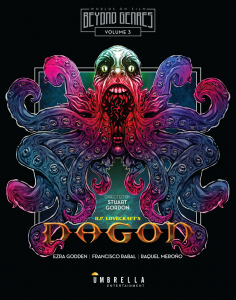 Umbrella Entertainment’s curiously anticipated third volume of dedicated sub-label Beyond Genres: Worlds on Film, gives Stuart Gordon’s film adaptation of Dagon the Blu-ray release fans longed for. Based loosely on two stories from H.P. Lovecraft, his 1931 novella The Shadow over Innsmouth and his 1919 short story, the film’s namesake, a young couple runs ashore off a decrepit Spanish fishing town, which they later discover is in the grip of an ancient sea god.

I had my doubts leading up to my inevitable viewing of Dagon, mostly due to the film’s trailer which doesn’t exactly showcase its best qualities. Thankfully though, this maritime horror/getaway did not fail in leaving a lasting impression and is, for the most part, a legitimately frightening experience. As we come to explore the seemingly deserted town of Imboca during a relentless rainstorm, the eventual realisation that its inhabitants are undergoing a grotesque reverse evolution is disturbing and instantly gets under your skin. Such a hideous transformation as the result of blind worship is a concept rarely explored with such severity in the annuls of horror and is a testament to Lovecraft’s untamed imagination. Atmosphere is a huge plus, owed entirely to the film’s secluded location in Catalonia, Spain, which is shot eerily in the dead of night among deteriorating structures in which water has penetrated every corner. It’s the cold, wet, and uninviting surrounding that help bring about the nightmarish sensations which can’t be shaken once it takes hold. Special effects range from practical and digital, although the latter look extremely dated to say the least, but the technology was a rapidly emerging use during the early 2000s, and often not utilised in good measure. On a side note, Dagon was a heavy influence behind Resident Evil 4 on the new PlayStation 2, which probably explains the similarity in graphics. Performances are decent from the limited cast, including English born actor Ezra Godden as our protagonist Paul, who is the object of desire to Macarena Gomez as the enchantingly sinister Uxia. 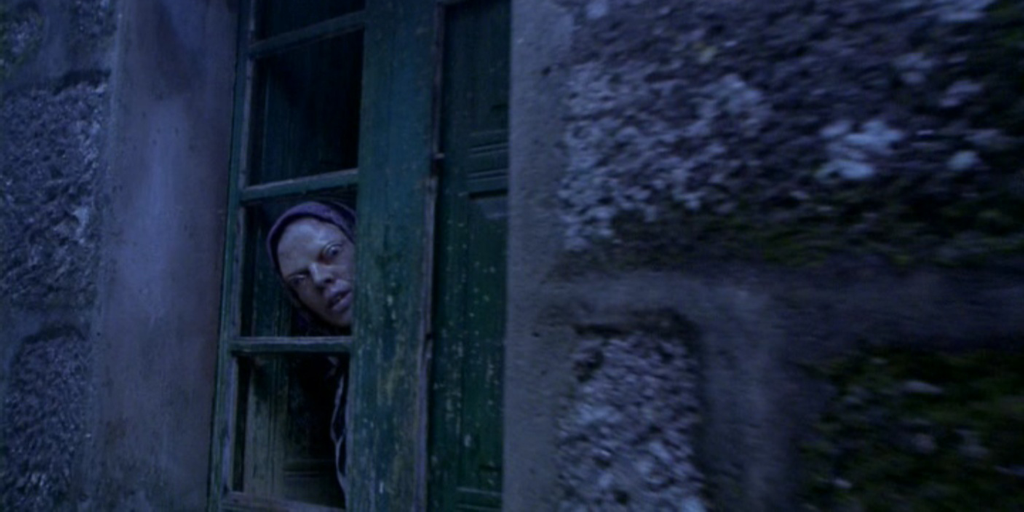 Honesty, there’s not much I can say about a transfer that is overall solid across the board. Deep colours are a big advantage to the film’s visual style with strong contrast and clarity, while the 5.1 DTS track does justice to the many ominous sounds and scores throughout.

I haven’t come across cast and crew interviews this good for a long time. Macarena Gomez is especially candid in a raw discussion about her experience making the film, life philosophy and some questionable choices made while preparing for a role as a heroin addict. Fans will likely appreciate Ezra Godden’s background of being raised by a film-buff father and talking becoming an avid collector of Hong Kong cinema himself.

I’m pleased to say that Dagon exceed my expectations and holds firm spot under Umbrella Entertainment’s emerging label. Despite the film’s low budget seeping through at times, it shouldn’t be dismissed and is true to Lovecraft’s legacy. Out now in stores and online, you won’t miss Simon Sherry’s monstrous symmetrical cover art!