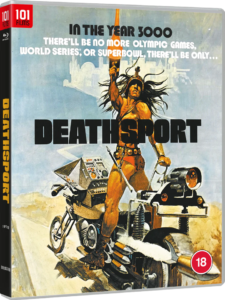 I’d be lying if I said that I wasn’t a little bit hyped for Deathsport, which was mentioned frequently during the making of Rock ‘n’ Roll High School by director Allan Arkush. However, little did I know that this post-apocalyptic B-movie of B-movies was not looked upon fondly, by practically anyone.

Much like most films of this sub-genre, we’re thrown into a distant future, following a great global conflict, which, in this case, was the Great Neutron Wars. I’m not sure what that involved, but it sounds impressive. Lone warrior, or, more specifically, “death ranger”, Kaz (David Carradine), is captured by Lord Zirpola, a warlord of just one of the city-states that divide the wasteland. Kaz is forced into participating in Deathsport, a game that speaks for itself; during which he fights alongside a love interest (Claudia Jennings) and other fellow captives to save a neighbouring city before Zirpola wages war.

I’ve yet to see Death Race 2000, but it’s obvious that Deathsport was more or less a watered-down version of it; a production that no one was fully behind, but at the end of the day felt compelled to make it for whatever reason. It’s unfortunate because most of the ingredients that make Corman’s movies so entertaining are there, but none of them is utilised. In saying that, Arkush is doing his best with what he had considering the original director walking away. In fact, I’ve since become a real fan of him and his movies. He clearly has a passion for it.

David Carradine probably didn’t win any new fans with his phoned-in performance as our hero, but he makes that ridiculous perspex sword look semi-deadly, even when he’s dressed up like Marvin the Martian. However, the film’s real star is Richard Lynch as the central villain, Ankar Moor, who plays up the character perfectly while overshadowing everyone else in the process. He doesn’t save the film, but you respect him for trying his best. Other supporting players include a ‘Dollar Store’ Keith Carradine and his father played by William Smithers, who are both redshirts for our heroine Claudia Jennings as Deneer.

Plot-wise, it’s pretty much a journey from A to B with our characters riding moderately enhanced motorbikes, that, on occasion, sound remarkably like Tie Fighters as countless explosions occur seemingly out of nowhere. 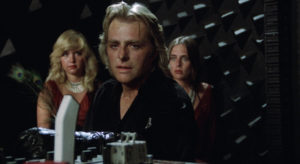 I’ve noticed that a lot of bad movies look and sound great when they’re given the HD treatment. I’m not sure why exactly, maybe it’s because the film elements haven’t exchanged hands as much, and therefore would be in better condition? I’m probably way off. Nonetheless, Deathsport is a straight-up quality Blu-ray release from 101 Films, the source of which is not disclosed, but its high-grade 1080p rendering in 1.77:1; and the loud Dual Mono AC3 track allow you to hear all the Star Wars sound effects that were blatantly stolen. 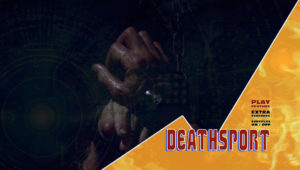 If you disliked the movie, you’ll love it after you listen to Allan Arkush’s commentary track, who doesn’t shy away from the obvious but isn’t nasty towards the film and those who helped make it. He and editor Larry Bock give credit where credit’s due, both praising Richard Lynch for his villainous turn while talking generally about the production and Corman’s brand of moviemaking during the 70s. It’s a light and fun track that really turns a negative into a positive.

In all honesty, Deathsport is not a good movie, but I do find its existence intriguing as it’s something I probably would have enthusiastically eaten up as a child. Strangely, it gives me a tinge of nostalgia despite having only seen it less than two weeks ago. I’m grateful to 101 Films who generously sent a retail copy, along with A Boy and His Dog, both of which are on sale for just £8.00 GBP online. 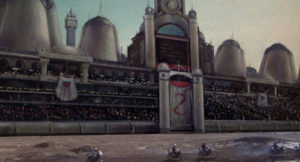 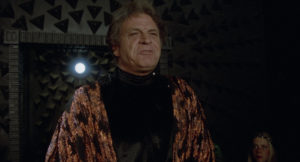 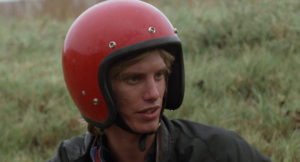 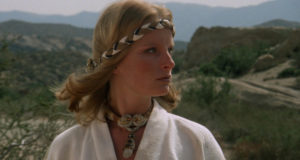 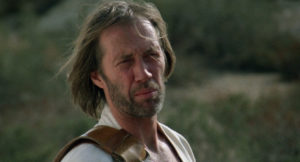 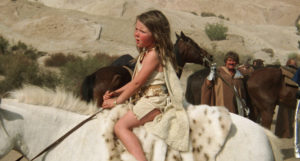 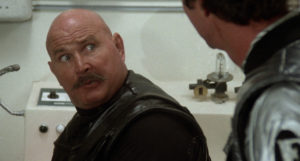 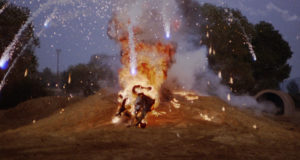 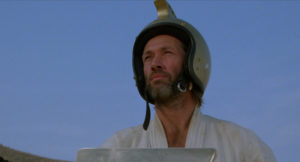