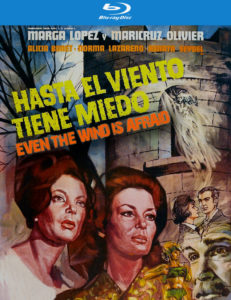 Horror movies have taught us that a sudden wind signifies approaching danger or rather something sinister. Its ominous howl piercing the air invoking fear and apprehension, but in this gothic Mexican classic Even the Wind is Afraid; an aptly named title that’s been revitalised on Blu-ray by VCI Entertainment as part of their Classics of Mexican Cinema series.

When a group of students at an all-girl boarding school are suspended, unable to leave the campus for Spring Break, they find themselves at the mercy of a restless spirit that’s been haunting the dreams of a pupil, Claudia. Whispers of a dark secret floating through the corridors suggest the spectral being is seeking vengeance.

Even the Wind is Afraid is essentially a ghost story that uses a tried and tested formula that most of us would be familiar with, but despite this, the film is still very enjoyable as a light dose of horror. It relies largely on atmosphere, which of course involves the titular wind, in addition to exposition that sows the seeds of mystery and a chilling feeling of unease among the characters and viewer; thanks mostly to a superstitious groundskeeper. Setting the film in the confines of a school, particularly one only for girls, has become increasingly typical with many following the influence of Suspiria. However, this Hispanic example won’t have you rolling your eyes, for the most part anyway. It is on some level exploitative, but I wouldn’t say it’s distasteful. Our student characters all get along well with the exception of the resident teacher’s pet, and while we have the common archetypes such as the boy-hungry, Kitty (Norma Lazareno), the solidarity among the girls makes for a more impactful movie when things start to go bump in the night. We have a stereotypical principal, Miss Bernarda (Marga López) who is more or less the film’s antagonist and she certainly looks the part. Whereas the more sympathetic Miss Lucía (Maricruz Olivier) offsets her superior’s cold demeanour, especially when around the students. Alicia Bonet as Claudia embodies the film’s spiritual quality while emanating a haunting beauty that’s very fitting to the story’s central themes of despair and loss. She’s by and large the star, but does not overshadow any of the supporting players, who I feel all add value. 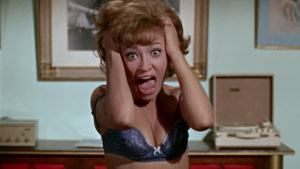 While not the result of a 4K restoration, VCI Entertainment has still managed to put together a nice Blu-ray release for both the Spanish and English-speaking markets. Presented in 16:9 widescreen, the image may not be the sharpest, but I really love the oversaturation in colour with vibrant shades of red that would make Dario Argento intensify. Unfortunately, the sound is quite poor which is often accompanied by a slight hissing. It was the only Spanish track available to VCI, who granted, did make some improvements, but were obviously limited in what they could achieve. I understand that technical shortcomings can be a turn-off for many collectors, but through my experience with obscure films such as this one, if you embrace flaws, you’ll end up enjoying it more.

I must point out that the disc itself is a BD-R, but there has been no compromise or reduction in quality, of which there is no difference to a replicated Blu-ray disc. Much like The Skeleton Mrs. Morales, playback was only possible on a Region A machine, which is contrary to the region-free labelling on the cover’s rear. Although, this may differ for others depending on their equipment.

I’m not one to discourage people from watching movies, but Even the Wind is Afraid does have a seasonal vibe for the colder months and with the wind in my part of the world whipping up the autumn chill, it certainly enhanced my viewing experience. If you pick up a copy, order up or make some hefty burritos and make a night with what is very much a comfort-horror movie. It’s simple and goes down well.

EVEN THE WIND IS AFARID
(1968, director: Carlos Enrique Taboada) 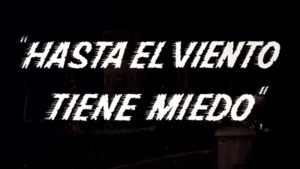 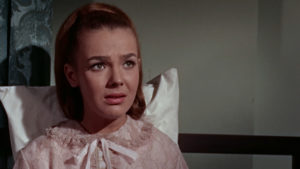 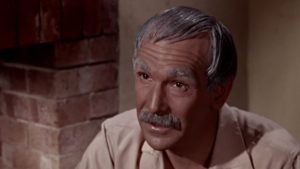 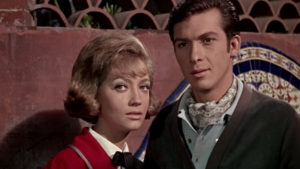 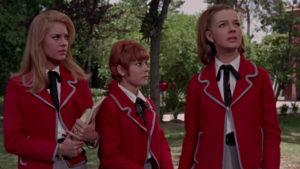 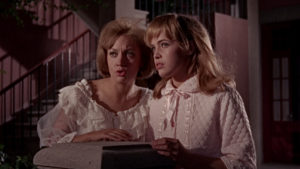 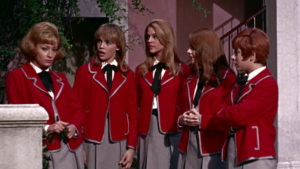