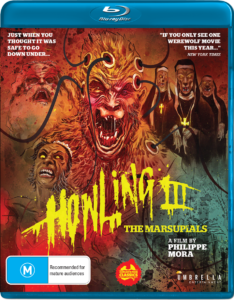 March was a heavy-hitter for Blu-ray releases from Umbrella Entertainment with Philippe Mora’s Howling III: The Marsupials taking much of the spotlight via a very generous treatment for the Ozploitation classic. Unrelated to Joe Dante’s 1981 original, a sociologist studying werewolves searches for proof of their existence in Australia where an aspiring actress appears to be just that, but crossed with something more native.

With my senses dulled due to allergies, Howling III proved to be the perfect wave to ride as I slipped into an antihistamine induced bliss. People often say that trailers show all the best bits, but in this case, the trailer barely scratches the surface. While there’s at least a loose story and semi-coherent narrative, most of Howling III feels like 100 minutes worth of stand-alone scenes, each more insane than the last. Being an “Australian” film, Mora does emphasise the fact through its central location of Sydney and some use of our vernacular. However, there’s a prominent American element that seems to anchor the story, with characters often refereeing to a ‘President’ and his military as opposed to local authorities. Australia itself comes across as a hybrid nation of sorts with an ambiguous aura surrounding its position in the world, further adding to the film’s bizarre vibe. Merging marsupials with werewolf lore is by far the most unique element, drawing inspiration from the zoological wonder the Tasmanian Tiger. While some of the practical effects don’t merge the two particularly well, I think it says a lot about how remarkable Australia’s animal kingdom is compared to other continents. Barry Otto heads the cast as Professor Harry Beckmeyer, while Imogen Annesley is actress and Skippy’s answer to ‘The Wold Man’, Jerboa. Supporting characters come in a wild variety such as Michael Pate as President, presumably the same one from Captain Invincible?… and Frank Thring as flamboyant film director Jack Citron, a more playful take on Hitchcock. 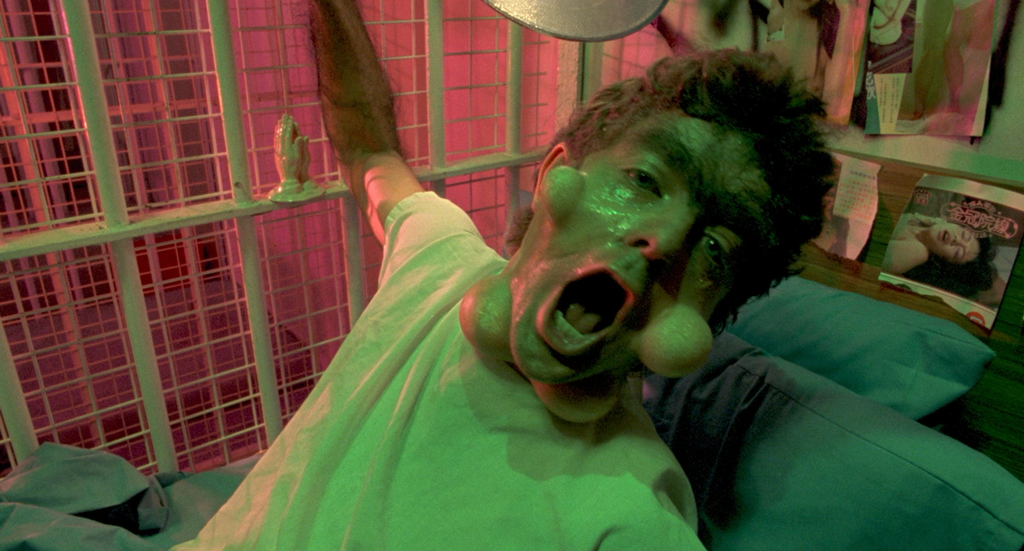 You’re pretty much guaranteed a solid transfer with a release of this calibre from Umbrella and suffice to say, it’s truly amazing what’s achievable in bringing obscure titles to HD. Picture goes pretty hard with film grain, which shows up a lot during darker scenes, but its contribution to overall clarity makes it well justified. Colours are especially vibrant, but thankfully not oversaturated and help enhance the equally colourful tone and style of Howling III in all its marsupial madness. Sound comes in via a 5.1 DTS-HD track and while it’s not very immersive, it’s clear and balanced nonetheless. Presentation is 1.85:1 widescreen on a region B disc, although I would not be surprised if it’s actually region free. 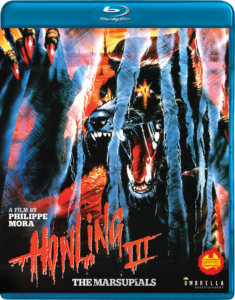 Supplement material becomes much more appealing after you’ve watched a film as baffling as Howling III, because you so desperately want to know the mindset of when the film was being made. Director Philippe Mora speaks candidly in the Umbrella-commissioned featurette, Colonial Lycanthropy, a casual look back at the infamous sequel. After a fascinating anecdote about Christophe Lee’s days as a Nazi hunter, Mora explains the idea of his film to be more of a send-up of schlockly B-pictures that were rampant at the time. The extended interviews from Not Quite Hollywood reiterate this further, plus defending the use of practical effects in film despite the limitations. Amounting to over 30 minutes combined, I walked away with a little more respect. Simon Sherry’s artwork is spectacular and fitting as always, plus long-time fans of Howling III will be happy to find some classic reverse artwork free of the Australian rating logo. 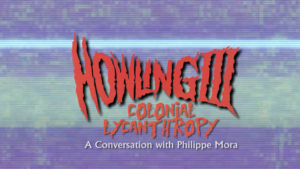 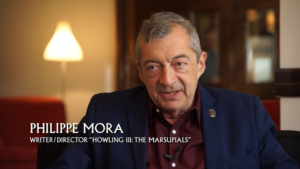 Howling III: The Marsupials borders on the nonsensical, but proves to be mildly entertaining despite the ludicrous nature and still manages to stand out with its respective genres. As an overall Blu-ray release, it’s a great package for fans and collectors alike, offering some quality education in Ozploitation cinema of the late 1980s. 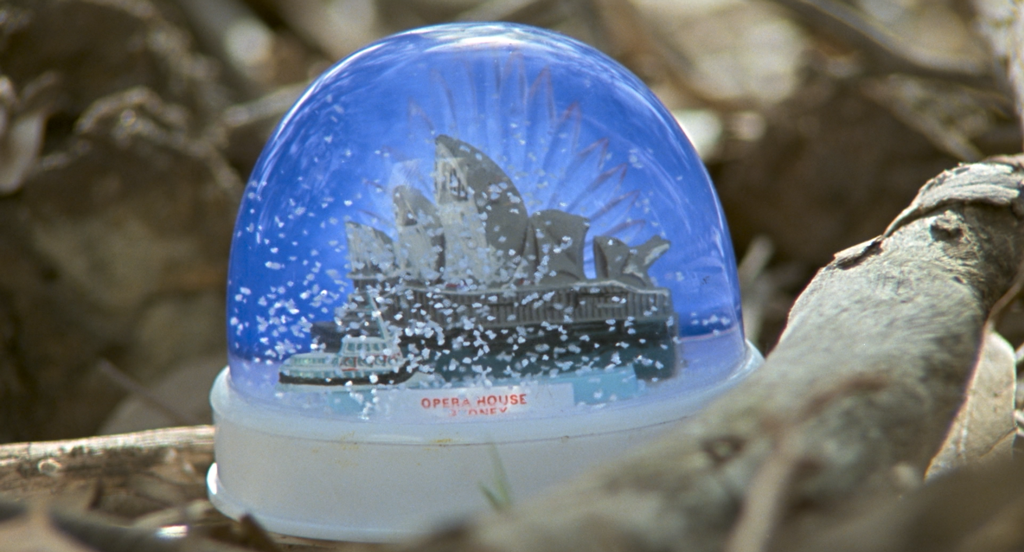 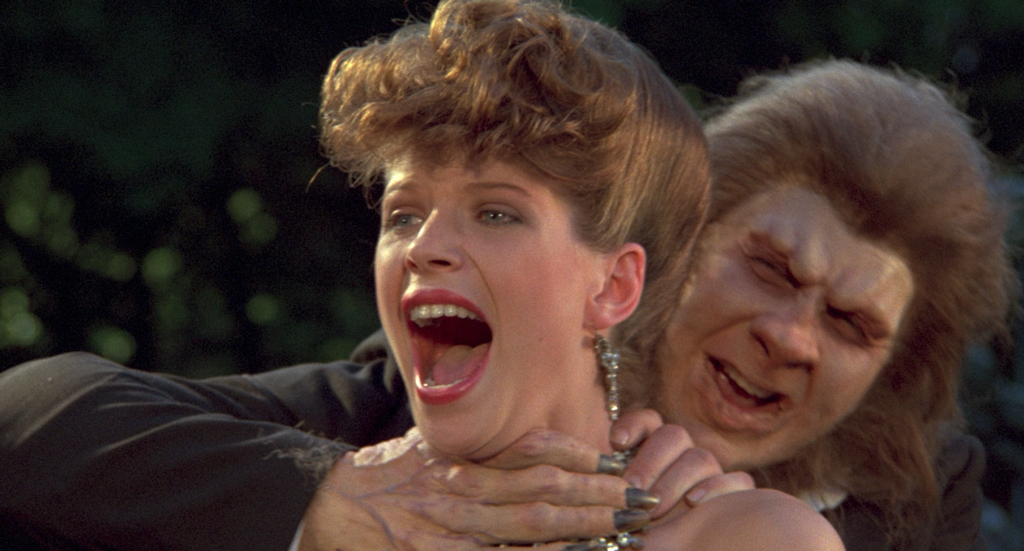 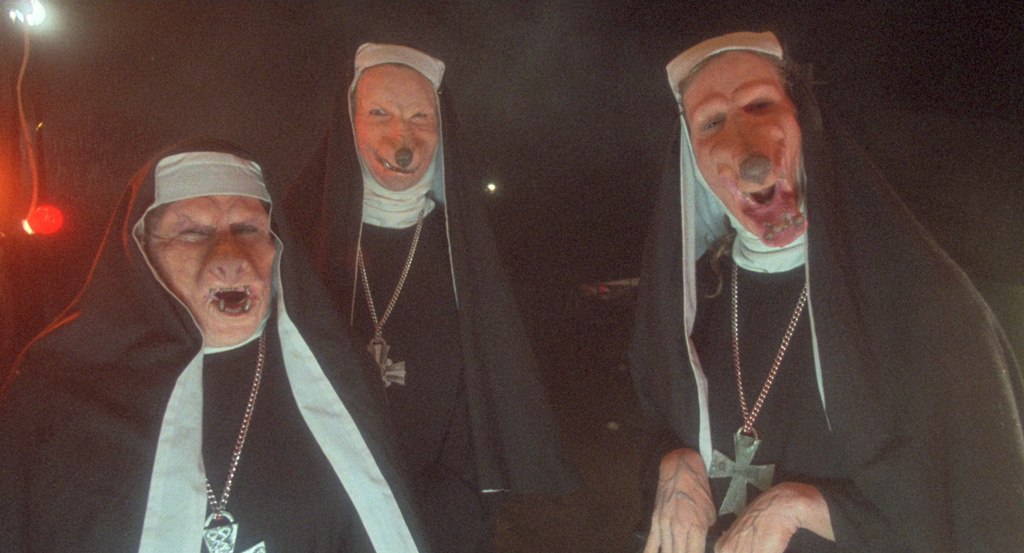 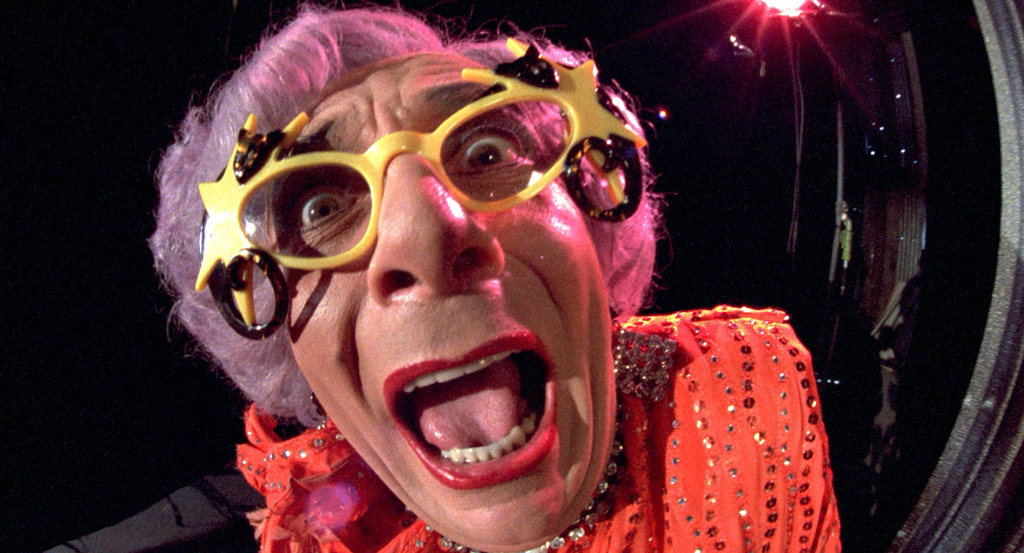