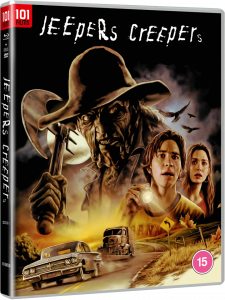 I latched onto Jeepers Creepers from the get-go, purchasing myself a copy literally the day after I watched it. If memory serves, the film didn’t make a lot of waves upon its release, but with DVD entering its boom period it quickly found an audience along with many under-the-radar titles from around that time. Now it’s finally come to Blu-ray in the UK thanks to 101 Films with a release that stands on the shoulders of previous editions while also offering something unique for its respective market.

Opting for the quiet country roads of Florida instead of Cancún, Mexico, a brother and sister are spending their spring break driving home until a tailgater from hell sends them off the beaten track. What follows is a seemingly endless nightmare with a creature from parts unknown, that’s acquired a taste for the travelling siblings. Jeepers Creepers seems to be born out of common everyday fears, like an encounter with road rage or the subconscious vulnerability we feel when we’re far home in a place unfamiliar. What stalks our two protagonists is unclear, raising more and more questions during its gradual and horrifying reveal and it’s left to us, the audience, to provide the answers. While it’s fun to theorise what the ‘Creeper’ actually is in regards to the film’s context, the predatory way it weeds out potential victims, and its human-like psychical characteristics lend itself to dark, real-life subtext. Unfortunately, this is now all the more disturbing due to director Victor Salva’s past, and in retrospect, his creation feels like an extension of the man’s very twisted desires. If you can brush that aside for 90 minutes, you’re in for a very tight and thrilling ride down south with a gothic style that fits the region, but comes with subtle hints of an almost medieval element, based on what our antagonist looks like beneath his signature trench coat. Justin Long and Gina Philips as Darry and Trish are both very convincing at playing siblings with their petty squabbling, juvenile humour and mutual annoyance with each other. Yet their collective performance adds a lot of weight to the film and is very sincere at times. Much like many young characters in horror, we don’t have to suffer flawed logic as both Darry and Trish react accordingly; although, when curiosity takes hold against their better judgment, there’s a fun wink to the audience. 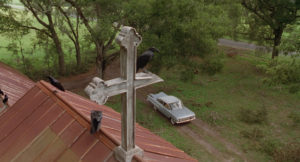 Jeepers Creepers has some great cinematography, capturing the very distinct rural look and vibe of American’s South that’s only improved with the upgrade to HD. Presented in 1.85:1, the region B disc wonderfully shows off the naturalistic colours of the film’s setting, and the picture remains very visible during night scenes without the noticeable aid of extra lighting. Stereo PCM and Surround DTS HD-MA add a lot to the movie’s audio jump-scares in addition to the various sounds emitted by the ‘Creeper’. In terms of impressiveness, the DTS track especially is the one to go with, providing you have the right tech. English subtitles are included and the bonus DVD is region 2 should you be making the purchase from a different territory. 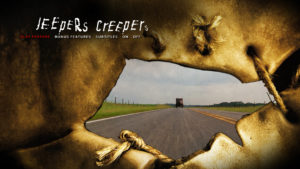 Having owned the original Australian DVD release for almost twenty years, which is unfortunately bare-bones, it was great to finally check out some bonus content that’s mostly been ported from Shout Factory’s HD release. Listening to director Victor Salva’s insight into the film was very interesting while at the same time, a little disturbing, given his checkered past to put it lightly. The interviews overall provide a nice retrospectives look at the new millennium creature-feature and the ‘Bonus DVD’ contains some of the original bonus material offered under MGM’s standard definition releases.

I regard Jeepers Creepers as one of the best horror movies of the early 2000s that gave us a new monster who I feel has a rightful place alongside the likes of Freddy and Pinhead. It spawned two sequels and while I do recommend Jeepers Creepers 2, the original with its bleak ending is really all you need. 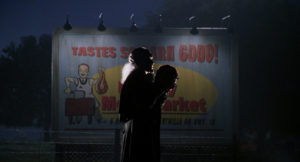 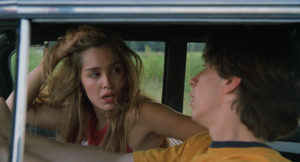 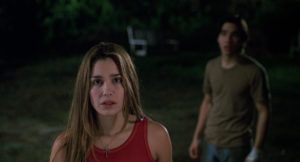 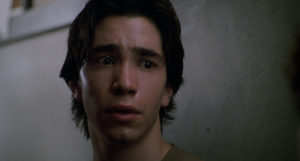