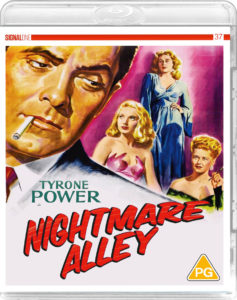 Guillermo del Toro’s very flashy and colourful remake Nightmare Alley is currently in theatres, which has coincided with the UK debut of the original 1947 classic on Blu-ray, released by Signal One Entertainment.

Tyrone Power stars as a small-time carnival mentalist, Stanton Carlisle, whose ambition, lies and deception enable him to rise to the national stage with his seemingly miraculous acts. However, our lead’s immoral methods to obtain fame and fortune prove to be his downfall.

I haven’t been to a carnival in many years, but I felt such a strong nostalgic urge to visit one while watching Nightmare Alley. Perhaps it’s just a longing for a simpler time or “the good ol’ days”; profound feelings that are personified here by former performer-turned-carnival hand and sadly, alcoholic, Pete (Ian Keith), who through a sombre reminiscence offers an optimistic Stanton a subtle warning about reaching “too high”. It’s my favourite scene in the entire movie, a timeless representation of anyone who has been melancholic over the great highs and lows experienced throughout life.

Joan Blondell plays Mademoiselle Zeena, the inspiration behind Santon’s plan to break free of the sleazy, yet, a tight-knit travelling carnival. Zeena utilises a special word code that makes it appear she has mysterious mental powers to those in the audience, and an ability to see beyond the veil of this world. Despite the false nature of her act, our heroine does believe in the supernatural and helping others with her talent as shown through her use of tarot cards, the notion of bad fortune which Stanton dismisses.

What ultimately unfolds is a relatively simple rise and fall story of a charismatic figure, who Tyrone Power fought the studio hard to portray as it was very much against his type. Power is exceptional in the leading role; almost unrecognisable at first. Our protagonist has a perfect counterpart in Helen Walker who plays psychologist Dr. Lilith Ritter, a resourceful woman who has Stanton’s number, but together they form a shaky partnership. Stanton’s young wife, Molly (Coleen Gray), is along for the ride as an innocent bystander to her husband’s escapades, but her love for such a tragic individual is touching, adding to the overall bittersweet feeling this black and white classic evokes. 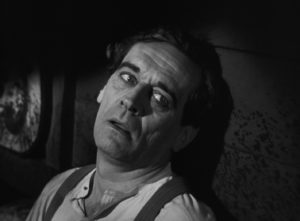 I can’t compare Signal One’s release with the edition previously released by Criterion, but this quality HD transfer for the Premier UK Blu-ray won’t disappoint fans of the film and physical media enthusiasts. In true noir style, shadows and silhouettes show as deep black, while ghostly shades of grey wash over the picture, befitting the film’s theme and mood.  The original Mono 1.0 PCM track is naturally a little flat, but since the audio is uncompressed, it’s quite good quality-wise with clear dialogue. 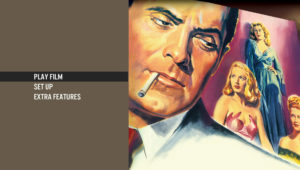 Signal One’s release of Nightmare Alley is slim in the way of special features but includes a new commentary which proves to be an easy, and entertaining listening experience. A 2005 commentary found on previous U.S editions of the film (both Blu-ray and DVD) is also included; both supplements are helpful in adding context around material omitted from the book, and carnival life from when the story is set. Most enticing is the inclusion of a DVD copy of the film. – by Hannah Lynch

Nightmare Alley marks my first review of a release from Signal One Entertainment, which is building a very respectable catalogue of studio classics, particularly from 20th Century Fox; which I think is substantial as many streaming services tend to be lacking when it comes to older pictures. It’s a simple yet dignified release, which doesn’t skimp on quality.

Signal One Entertainment is offering 20% off all titles on both Blu-ray and DVD including NIGHTMARE ALLEY to celebrate the UK Label’s brand new website. All you need to do is enter the code – NewSite20 – at checkout. 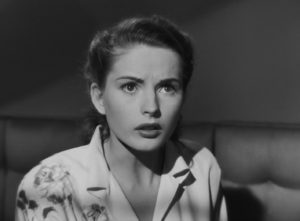 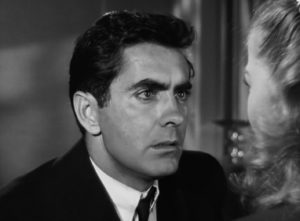 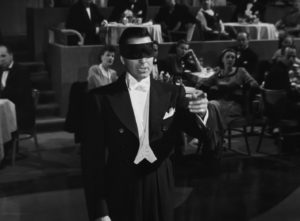 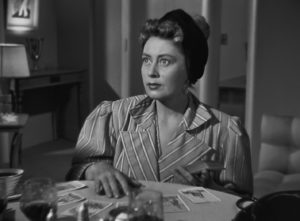 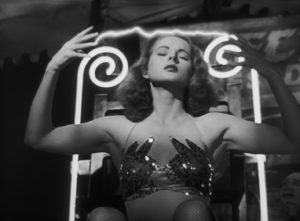 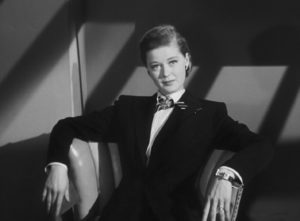 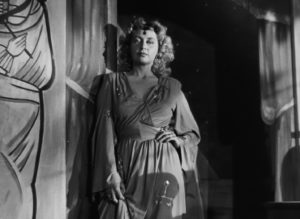