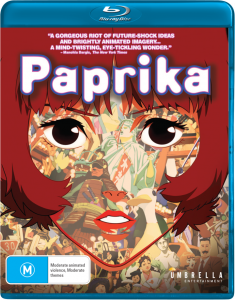 Anime titles are in no short supply here in Australia but are mostly distributed by a single label. However, the very genre-oriented, Umbrella Entertainment has a couple in their catalogues, such as Satoshi Kon’s Tokyo Godfathers and the director’s final film, Paprika, which recently landed on shelves.

We enter a reality where therapists have the means to enter the dream of their patients via a machine; but when it’s stolen, these two realms begin to merge in a chaotic fashion; and only a young female therapist and her dreamt-up personality, Paprika can stop it.

I generally dream about the same thing every night, a world where everything and everyone I’ve known co-exist in an urban sprawl where it’s forever night. Although, like all of us, it’s where I wrestle with my subconscious, tormented by unresolved issues and personifications of guilt. Paprika deals with these themes in a very illustrated manner as you can imagine and the dream realm is represented by a seemingly endless parade of “everything under the sun” to quote one of the filmmakers. The idea of literally entering one’s dream at will with an ambiguous device is likely more familiar to audiences thanks to Christopher Nolan’s Inception, which borrows from the same premise. As a result of regular visits to the ‘Land of Nod’ our characters begin to struggle in determining the difference between both worlds, carrying over to the viewer’s perspective.

The film’s titular hero gives a face to the kaleidoscope of visuals as she helps our two protagonists Chiba Atsuko and Detective Kogawa Toshimi in identifying the “dream terrorist”, who seeks dominion over the human psyche. Needless to say, the plot requires your utmost attention and while it can be hard to follow, it’s the sheer level of creativity and outsider thinking that makes Paprika so wonderfully unique. 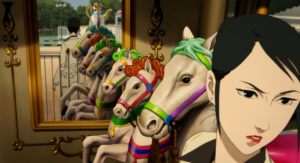 Sourced from Sony’s 2007 release, which despite being 14-years-old, has held up well and pushed my TV to its colour limits. While the 1.85:1 image is very crisp, there’s a subtle softness during some scenes, mostly likely for added effect and style. The film’s equally vibrant soundtrack comes to life via 5.1 DTS HD-MA and 2.0 which also amplifies the very electric theme song during the opening credits.

Bonus content has also been sourced from the previous Sony release, which contains a nice assortment of interviews with a large portion exploring the film’s technical side. A Conversation about the “Dream” is a candid discussion with the director, Satoshi Kon, and voice actors, Megumi Hayashibara and Tôru Furuya who you’ll notice bear a striking resemblance to their animated characters. If you felt confused while watching Paprika, you’ll feel better to hear that the cast was equally so, while making the film. The Dream CG World and The Art of Fantasy dive into the animating process along with the noticeable digital presence that helped to reflect the story’s technological angle of harnessing dreams. The attention to detail and the emphasis on true-to-life movement for objects that you would have otherwise not have noticed is very impressive and speaks to Satoshi Kon’s dedication to storytelling. 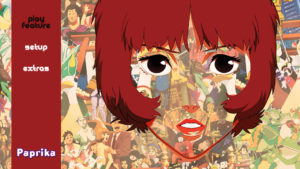 Umbrella’s artwork is a vast improvement over the previous edition that was slapped with labels and banners promoting the Blu-ray format, whereas this reversible layout clearly showcases what’s in store for the viewer.

Paprika was originally slated for Umbrella’s very popular sub-label, Beyond Genres, and while it would have brought some diversity to the line, I’m glad it still got a release. I wouldn’t cite the film as a gateway into Anime, but it’s a window into the mind of one of Japan’s greatest visionary filmmakers, who sadly passed in 2010 at age 46. 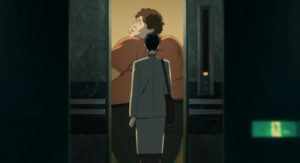 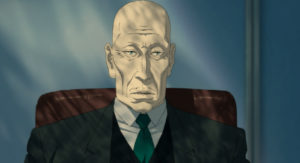 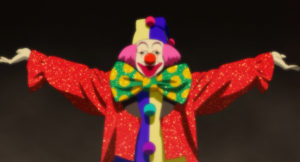 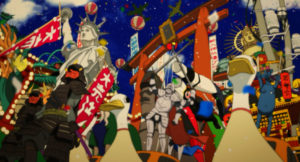 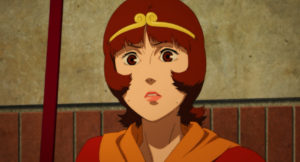 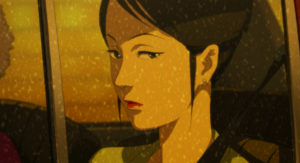 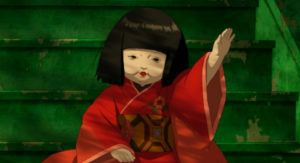