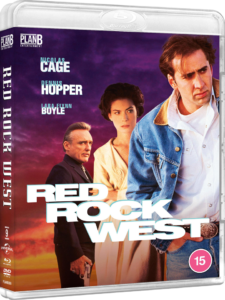 Signal One Entertainment are making a steady comeback that feels controlled and calculated, especially with their latest and highly anticipated release, Red Rock West, on Blu-ray for the first time in the UK, which is a step forward for a movie that’s struggled to be seen since its release almost thirty years ago.

Nicolas Cage stars as drifter and ex-Marine, Michael Williams, who coasts into the small country town of Red Rock West. Unemployed and short on cash, Michael is offered a job by a local tavern owner named Wayne (Walsh), but his would-be employer has mistaken him for a hitman, hired to kill his wife, Suzanne (Boyle).

I was on board with this crime thriller almost instantly and while I’m not the biggest Nicolas Cage fan, this is the type of restrained performance I prefer from him as he’s since become a “meme” due to his special brand of outrageousness. Michael is an honest and instantly likeable guy, who you genuinely want to see succeed, but his worsening predicament and bad fortune are almost comedic. Despite some almost laugh-out-loud moments at our hero’s expense, the sinister element at play is never diminished and the tension remains for his well-being.

Michael’s inability to leave town is comparable to the Australian classic, Wake in Fright, which Ian Schultz mentions in his essay, included in this set, was a likely influence on director John Dahl. Unlike the aforementioned film, our protagonist doesn’t succumb to a town’s intoxicating culture, instead, he’s caught in a web of deception and double-cross. Following the arrival of the actual hitman, played by Dennis Hopper, the narrative’s stakes intensify. Hopper brings along his psychotic Blue Velvet persona, countering the cold demeanour of J.T. Walsh, who had the market cornered on playing mean bastards. He’s at his best as the plot’s instigator, Wayne, while Lara Flynn Boyle as his wife, Suzanne, is giving low-key vibes of a 1940s femme fatale, who plants doubt in the viewer’s mind of her intentions. 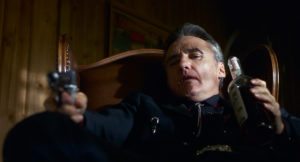 In this age of endless streaming, physical media has become a tough racket, so not every label can offer the same premium quality. However, both Plan B Entertainment and Signal One Entertainment present an exceptional transfer for Red Rock West, despite it only being advertised valuably as a “High Definition Transfer”. I’ve never given this much thought previously, but this is a rare case in which the aesthetic and colour pallet featured on the Blu-ray cover, pretty much matches the 1.37:1 image. Deep blacks, high contrast and a signature orange-purple hue not only evoke the film’s noir quality but feels like we caught a very ambient perpetual sunset.

After covering a string of releases with rather limited LPCM tracks, it was nice to be treated to full 5.1 DTS-HD Master Audio, which nicely enveloped my viewing space with the rich sounds of our titular Wyoming town and the dialogue volume was comfortably high and not drowned out during action sequences. – English SDH subtitles are included and the edition’s DVD copy is region 2 locked on a PAL-formatted DVD9 disc with a runtime of 98 minutes, 2 minutes less of its Blu-ray counterpart. 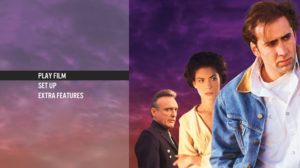 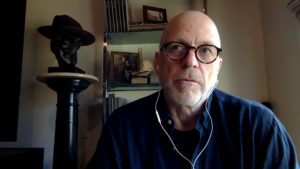 Signal One’s release of Red Rock West comes packed with exclusive extra goodies collectors will love. On the physical side of things, the release includes a slipcover, A4 sized poster featuring the Blu-ray cover art, and a 35-page booklet filled with colourful movie stills and an academic essay by critic Ian Schultz. Clearly an admirer of the film and its director, Schultz goes in-depth on the ties both have to neo-noir and their place within the sub-genre’s history. Viewers interested in Cage’s performance specifically will enjoy Petros Patsilvas’ video essay which affectionately analyses the actor’s approach to the role. Video interviews with director John Dahl, editor Scott Chestnut, and actor/stuntman Dale Gibson provide firsthand recollections of working on Red Rock West, its origins, legacy and newfound audience. Each interview is organized with questions presented written on the screen before the subject answers (opposed to an interviewer asking an unheard question offscreen), which is helpful as Dahl and Chestnut generously go into a lot of detail.  – by Hannah Lynch

Red Rock West was worth the wait and the release has exceeded expectations, of which I’m very grateful for being given the opportunity to review and I hope many copies find their way Down Under. I think the film’s mixed tone will resonate better with today’s audiences as it’s a solid, entertaining thriller that deserved a much wider release. 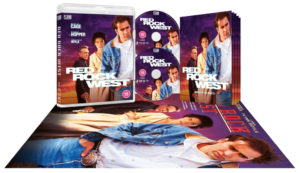 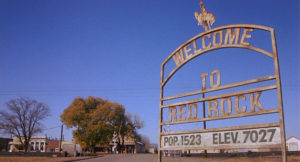 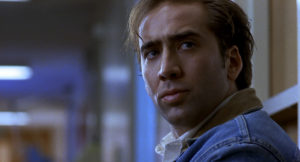 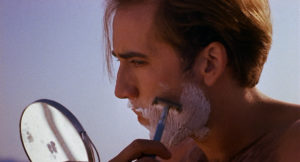 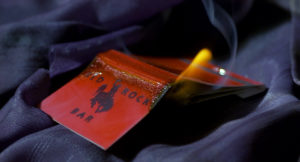 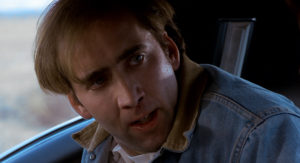 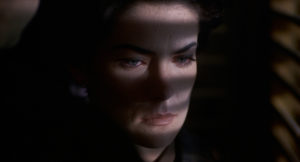 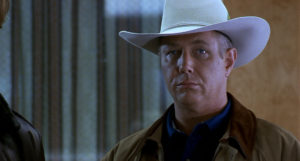 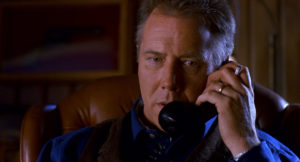 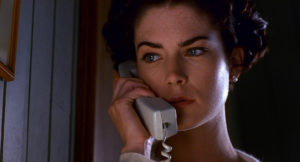