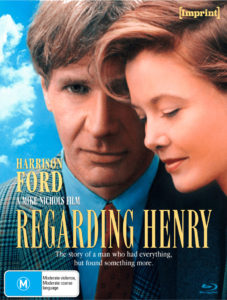 If anything, Regarding Henry taught me that a gunshot wound to the head was not automatically fatal; the film’s most pivotal moment that I happened to catch on TV as a child. I was heavily into action films at the time, so the sight of Harrison Ford staggering out of a convenience store after being shot twice was practically science-fiction. Having since watched the film properly, I’ve learned it’s far from the case and now the Mike Nichols’ directed drama has made its Blu-ray debut through Imprint Films.

Henry Turner (Ford) is a second-generation New York lawyer, successful and ruthless, often at the expense of his wife and daughter, until one brief traumatic moment hits reset on his life. With no memory of who he was, Henry must start again.

Written by J.J. Abrams, this story does not come from personal experience, but extensive research on people who have had to re-establish themselves as individuals after sustaining a significant head injury. I really like this idea, and in the case of Regarding Henry our lead comes to the realisation he doesn’t like the man he used to be, which adds another layer of drama. Harrison Ford’s performance succeeds as presenting both Henrys, the before and after, as polar opposites; an emotional shift that even extends to actor’s physical expression, which feels very authentic to the situation. However, the fast-track approach to Henry’s rehabilitation and re-assuming his old life is very unrealistic as he’s essentially a child, which makes scenes like being back at his law firm seem like a dramatic version of the movie Big. Even his wife’s insistence of intimacy comes across as very awkward, which I suppose it would be, but the expectations of normalcy are hard to believe. I realise this was probably done for added emotion and an attempt to hone in on audience expectations, but it frankly undercuts the core element of the story, which is about second chances and starting again. I feel if the movies were made today, some scenarios would play out differently. Annette Bening as Henry’s wife Sarah gives a lot of emotional weight to the film, much like Ford, with her character showing how the family suffers just as much as the victim. 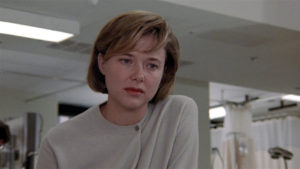 Imprint Films have sourced their 1080p transfer directly from Paramount Pictures, and while Regarding Henry has enjoyed good life on DVD, this debut Blu-ray is not as drastic of an upgrade that I had excepted. Technically the 1.78:1 image is superior to its standard definition counterpart, with enhanced brightness, sharpness and reduced levels of digital noise being the most notable improvements. However, sound is a lot better with optional tracks, DTS HD 5.1 and LPCM 2.0 Stereo, but I suggest going with the 5.1 which really amplifies the film’s very gentle musical scores and dialogue. 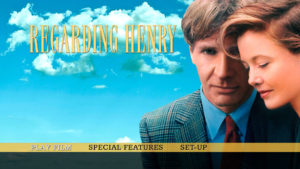 Peter Tonguette’s rather unbiased commentary is not the most engaging as he uses the film mainly as an example of director Mike Nichols’ style and technique, although Tonguette is very observant which I think will help viewers look at the film differently in terms of visual language. Interviews run for roughly six and half minutes each and while each actor talks about their experience making the film, little details about upcoming projects and ambitions offer a glimpse of what feels like an almost alternate reality. Harrison Ford mentions an upcoming film (a 1930s action/adventure) that was never made, and at the time Annette Bening was cast as “Catwoman” in Batman Returns, but would eventually drop out at the last minute after becoming pregnant. Mikki Allen who landed the role of Rachel Turner in the film all on her own, says she was waiting for other offers to come in, but has never appeared on screen since. I do like that Imprint has stuck with the original theatrical design for the slipcover, which has nice glossy texture, while the inside art has been lifted from a somewhat melodramatic production still. 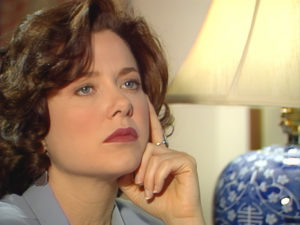 Regarding Henry satisfies an appetite for melodrama and shoehorned emotion that seemed very prevalent among movie-goers during the early 90s. It’s not a bad film by any means, just poorly executed in many instances, but I think Abrams’ and Nichols’ heart was in the right place and in terms of acting, I would say it’s worth revisiting. 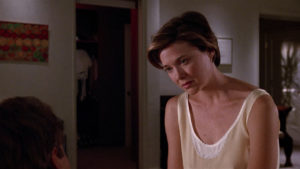 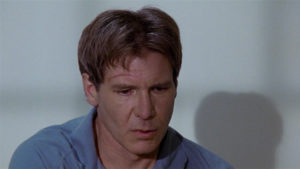 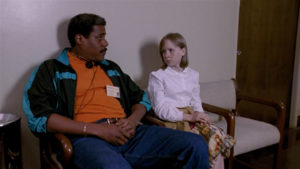 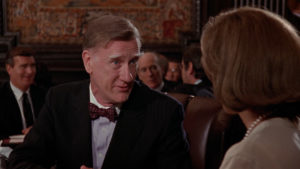 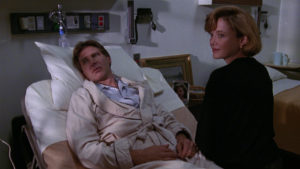 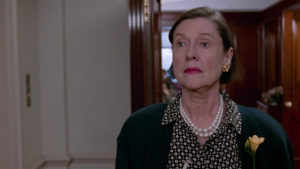 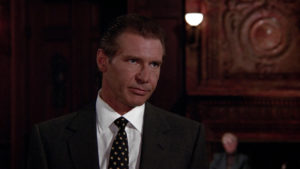