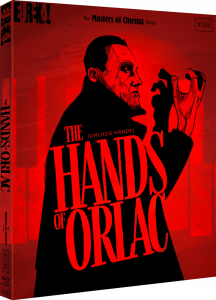 I haven’t seen enough silent films to fairly cite a favourite actor from the period, but I’m going to say Conrad Veidt, even if it’s technically by default. Mostly known for his performances in influential The Cabinet of Dr. Caligari and The Man Who Laughs, Veidt could personify madness like no other, and between these two gems is the downward spiral of The Hands of Orlac.

Available now on Blu-ray in the UK from Eureka Entertainment under their Masters of Cinema series, this unorthodox horror-mystery follows a famous pianist, Paul Orlac, who suffers the loss of his hands in a devastating train derailment. When new hands are grafted on, Orlac learns that they once belonged to a recently executed murderer, thus begins a mental decline.

Inspiration can strike just about anywhere at any time, but I think it’s safe to say that German filmmakers and other artists of the early 20th century based much of their creative output on nightmares. Orlac inhabits a world that’s more a dreamscape than reality. There’s even a brief moment during his arduous recovering that seems to be intended as visual representation of what we recognise as sleep paralysis, which many interpret as a fleeting brush with the “other side.” Adding to the film’s ominous tone, set design consists of large spaces with minimal furniture, but there’s a style to the interior architecture that’s hard to place. Much like a dream, the surroundings are often incomplete or strangely bare of any significant details.

With the idea that his new extremities carry with them a heinous past lingering in his mind, Orlac is unable to play his beloved piano, bringing about a dire financial situation for him and his wife. Unable to cope, he leans further into the notion that he’s somehow cursed and at the mercy of his hands, worsened by visits from a sinister stranger. Veidt’s expressive manner and weathered appearance present a portrait of an individual dancing on the edge of sanity, accompanied by the film’s musical score; it attacks your subconscious with its jarring sounds and the almost demonic voices that creep in when you least expect. I had been to see The Conjuring 3, just hours prior to watching The Hands of Orlac so my senses and nerves were particularly sensitive. 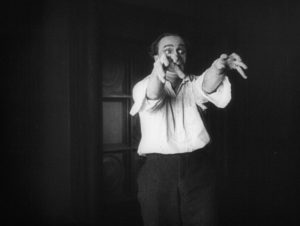 Sourced from a restoration of the original film elements by Film Archive Austria, this 1080p presentation offers the same high-level of detail and image clarity seen in the numerous silent classics previously released by Eureka. Although, it appears the 97-year-old film may not have been on the best shape as the 1.33:1 picture has a few patches that are overexposed and visibly damaged. Overall, it’s still an impressive result and the LPCM 2.0 audio greatly services the audible oddities layered within the film’s nightmare inducing soundtrack. 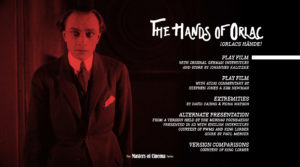 Eureka’s assortment of extras in some measure, chart the film’s journey since its release with alternate takes and some very interesting comparisons between a 35mm and 16mm print, which come courtesy of Kino Lorber. You’ll learn some very interesting facts about how many films were shot back in the 1920s. Of course, there’s an emphasis on history with David Cairns and Fiona Watson’s video essay, who also explores the film’s deeper themes. No disc-based release would be complete without a commentary from Kim Newman, who I’m convinced has seen every movie ever made, joined by Stephen Jones for an enthusiastic commentary.

The Hands of Orlac may come across as something diabolical on the surface, but at its core, the film represents the insecurity we can sometimes feel about our chosen profession, especially when those close to us are unsupportive. Whether or not that appeals to you, the visuals and music serve as a real masterclass of silent filmmaking, a treat for anyone who loves movies from all decades. 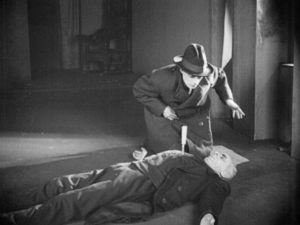 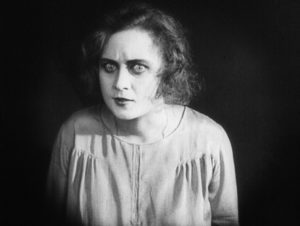 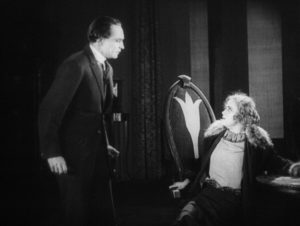 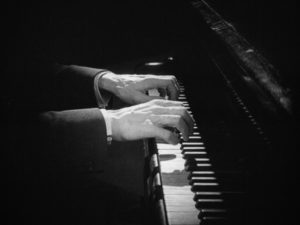 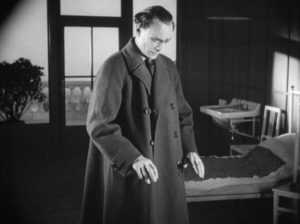 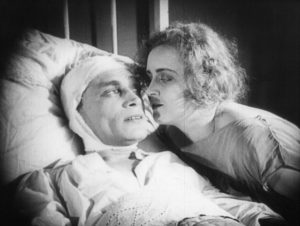 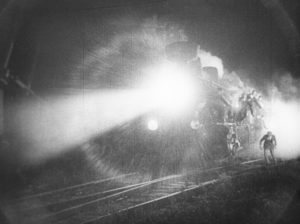