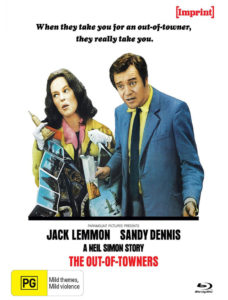 Imprint Films gave us a Neil Simon double whammy in February with The Odd Couple Collection and The Out-of-Towners, the latter of which is making its worldwide Blu-ray debut.

Gwen and George Kellerman, a married couple from rural Ohio, have the ideal weekend planned in New York City where George is offered a promotion to his employer’s “Big Apple” office. However, our couple suffers the pitfalls of public transportation the moment they catch sight of their destination from a mile-high window seat. What soon follows is a string of indignities and inconveniences compounded by the city’s sudden transportation and sanitation strikes.

I personally don’t live in the city but have become accustomed to the very fast-paced environment while suffering my own share of transit hiccups and “out-of-towner” mistakes. What’s so perfect about The Out-of-Towners is that it lets you experience the hassle, but it swaps the feeling of anguish for pure hilarity and none-stop enjoyment. Jack Lemmon plays frantic like no other actor and his very theatrical performance as George dances between dramatic and comedic at just the right moments. Watching him was, I must admit, slightly triggering as I’ve been prone to flying off the handed in a similar manner. Often left feeling rightfully foolish as a result. Interestingly, while Gwen and George seeming have the worst luck, they’re always treated respectfully by most they encounter, like a very polite baggage claims officer played by a young Billy Dee Williams. It shows that tricky situations are what you make of them and how unrealistic expectations will always lead to disappointment. Sandy Dennis is a pleasant counter to Lemmon’s stress-induced escapades. Her style of acting is very off-beat, which can almost be mistaken for sarcasm at times, but the often circular-style dialogue linked to several jokes and incidents suits her relatively calm delivery. 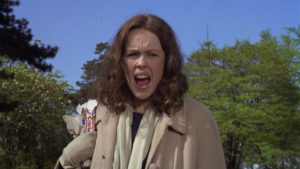 Unfortunately, this 1080p transfer provided by Paramount Pictures falls short of what is widely considered to be the standard high-definition quality. The 1.78:1 image has a few tell-tale signs of one either sourced from a digital stream or a touched-up standard definition master; namely washed out colours combined with a lack of detail and texture. Interior and daylight scenes look decent, but much of the film takes place during night hours when the flaws are most noticeable, but they didn’t keep me from enjoying the film, which is the main thing. LPCM 2.0 Mono carries the weight of New York’s heavy urban sounds very well for such a limited scope of audio with good base and loud appropriately dialogue. English HOD subtitles are included. 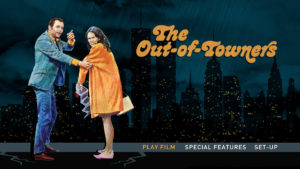 Lee Gambin’s enthusiastic commentary rings of die-hard fandom, which is ideally what you want for a film of this nature, rather than a dry analytical dissection. Although, the Melbourne-based historian does make some interesting observations relating to how certain sequences are shot in relation to our titular leads. Overall, I think Gambin’s take warrants an almost immediate second viewing of the film.

People regularly complain about modern trailers giving too much away, which I agree is often the case, but it’s been going on for decades years. Not that there’s much to spoil in The Out-of-Towners, but it does take away from some of the spontaneity and unpredictability, so save it until later.

The Out-of-Towners is such a fun and energetic comedy, not to mention a great snapshot of late 60’s New York. Although, in relation to the time period, the Twin Towers were in the early stages of construction at the time, far from being visible along the city’s skyline as depicted on the Blu-ray menu screen and inside cover design, which I still like regardless. Imprint Films have produced a modest release for an exceptional comedy that’s worth owning. 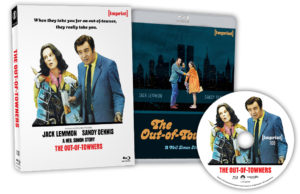 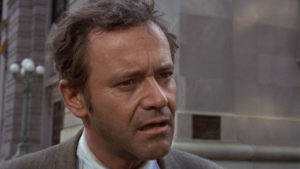 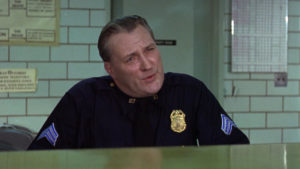 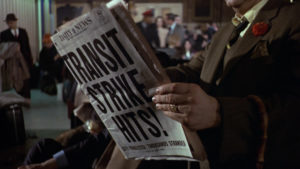 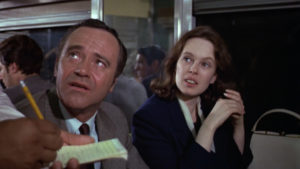 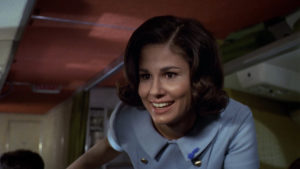 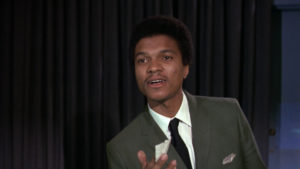