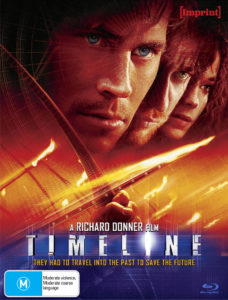 I personally don’t rate 2003 as a very good year in film, although I do remember going to the cinema a lot during what was my final year of high school, and being especially excited for the long-awaited clash, Freddy vs. Jason. However, the fantasy genre-mash, Timeline, was one I passed on along with everyone else apparently, but Imprint Films have resurrected Richard Donner’s second to last film with a premium Blu-ray released last month.

When a group of archaeologists becomes trapped in 14th century France, while trying to locate their professor, they must survive a brutal conflict between the French and the occupying English forces before they can escape home.

Timeline comes from the mind of Michael Crichton, based on his novel, and while the premise sounds utterly ludicrous, the film is for all intents and purposes, entertaining. Never for a moment does it become boring and the pace is fairly rapid over the two-hour runtime. Old fashion notions of fantasy and adventure supersede the amazing coincidences the plot is built around, which is the accidental discovery of a wormhole that just so happens to lead to the very point in time our characters are studying. Although, the biggest question is why native Californian, Paul Walker, playing Billy Connolly’s son when we have the equally Scottish Gerard Butler more or less playing the same character? I suspect The Fast and the Furious. Richard Donner said Timeline was the biggest film he made, which I’m sure stung considerably when the film only managed to make back half its $80 million budget, every cent of which is up on the screen in grand fashion, housing immense production value. I imagine the film was difficult to market given the subject matter and merging of two very distinctive genres. Watching it now, I would say teens and young adults were the intended audiences, but I think just about anyone with an active imagination can enjoy it on some level.

Paramount’s HD master has some noticeable faults such as an overly sharp quality to the image, but it’s the amount of digital noise that stands out the most. During darker sequences an almost gridded pattern seeps through, which while isn’t a distraction is hard to ignore. In addition, the film’s aspect ratio of 1.78:1 is incorrect. What we should see presented is the wider 2.35:1 as per the original DVD and U.S. Blu-ray release. Personally, I prefer the image to take up the entire screen, but there’s a reason why certain ratios are chosen as per the screen-grab below. If you direct your eyes to the top right, you’ll see what I mean. 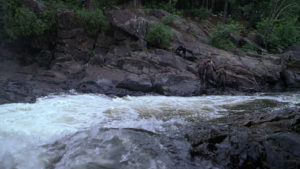 In regards to sound, the DTS HD 5.1 surround track delivers a far better result, providing the viewer with an immersive experience in crystal clear quality that accurately represents the film’s impressive sound design and mixing. There’s also an optional LPCM 2.0 Stereo track of equal quality and English HOH subtitles are included. Despite the visual problems, the Blu-ray is still a decent release, although I do hope Paramount eventually get around to rectifying the issues mentioned above.

Timeline is a nostalgic reminder of how DVD really went all out with bonus material during the format’s boom years. Imprint have ported four featurettes which detail the making-of process in an up-close fashion with a very spry Richard Donner providing direction to his actors, as he compares the production to The Goonies. Many of the film’s technical aspects are explored, such as the climactic battle scene, shot on location in Canada. It’s clear that no expense was spared in replicating the military practices of the time, all of which are achieved via practical means with real explosions and set pieces built to scale. 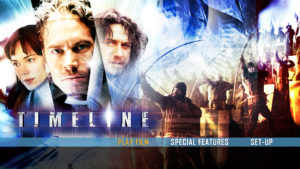 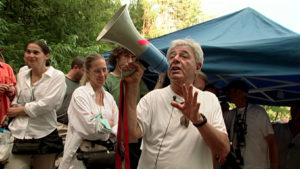 Imprint’s newly commissioned video interviews with Jeff Bond and Brian Tyler give viewers an idea of Jerry Goldsmith’s original score during a number of sequences. While the music does have that familiar sound and style synonymous with the late composer, it’s too big for the film, whereas Brian Tyler’s treatment is toned down and with a more modern edge in line with the high-concept plot.

Timeline is the fundamental definition of what a movie is; a simple means of escape to a world where anything and everything is possible. All you have to do is eat popcorn and enjoy it. Having reviewed home entertainment releases for some time now, I know that many labels are limited in what’s available from various license holders, but I like to think Imprint also saw the same value in Timeline that I did, and hopefully, others will too. 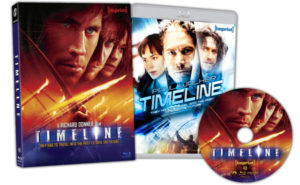 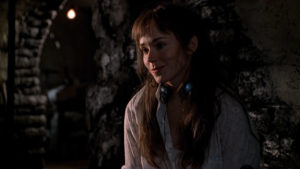 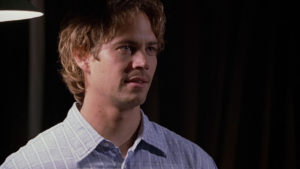 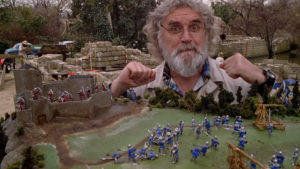 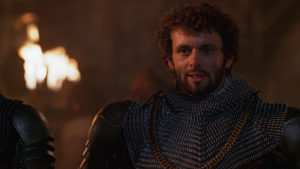 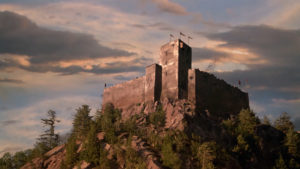 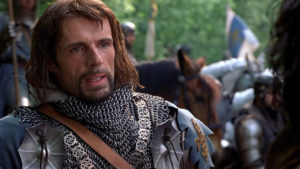 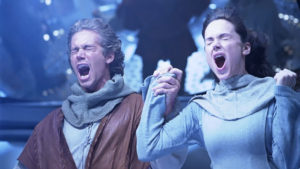