Spanning the course of an entire decade, Universal’s Airport series went from Oscar Nominations to the bottom the B-movie barrel. Now, forty years after the fourth and final joy flight, Airport: The Complete Air Crash Disaster Collection (I see what they did there) is out now on DVD from Australian distributor Via Vision Entertainment.

Burt Lancaster and Dean Martin headline the inaugural feature, Airport, air travel’s answer to The Longest Day. We’re treated to a stacked cast of characters, played by Hollywood’s young and old who inhabit a fictional airport (and its planes) that’s under the threat of closure by a relentless blizzard. Between a mad-bomber in one of the many air crafts waiting to land, and bursts of casual sexism from our macho leads, Airport is a prime example of a major studio stroking its own ego and while the high calibre stars do much of the heavy lifting, particularly Lancaster, who hated making the film, it’s enjoyable enough but not worthy of its Best Picture Nomination.

With a less robust cast, Airport 1975, has a commercial jetliner colliding mid-flight with a small plane, killing and injuring the cabin crew, therefore, rendering the aircraft pilotless. Despite the premise for this delayed follow-up sounding rather ludicrous, it’s presented as being somewhat plausible thanks to the miracle of auto-pilot, and the film itself is quite impressive from a technical standpoint. Universal were able to borrow a passenger jet for the many low altitude shots and stunts, which does add realism and a sense of danger that our characters must face, keeping the tension and excitement high throughout. Charlton Heston is our man of the hour while First Stewardess Nancy Pryor (Karen Black) must keep the damaged aircraft out of harms ways until it can be landed safely.

When art thieves hijack a state-of-the-art 747, bad weather, careless flying or perhaps the strange power of the Bermuda Triangle sends the plane crashing into the ocean, trapping the passengers under one hundred feet of water. Jack Lemmon as Captain Don Gallagher heads up an all-star cast alongside, Lee Grant, Christopher Lee and Joseph Cotton just to name a few. With water slowing filling the fuselage, Gallagher must find a way to the surface in order to alert the authorities of the planes location. While still leaps and bounds in front of the original Airport in terms of entertainment value, Airport ’77 has twice the budget of its predecessor, although you wouldn’t think so. Nevertheless, underwater sequences during the prolonged rescue attempts are well shot and the plane miniatures look decent, despite being a little hokey. However, I think a modern version of this film wouldn’t have the same charm if any at all. Much like the previous films, character subplots fill the void between the more action-filled sequences, but in this case, I think there’s a stronger dynamic, which certainly helps. 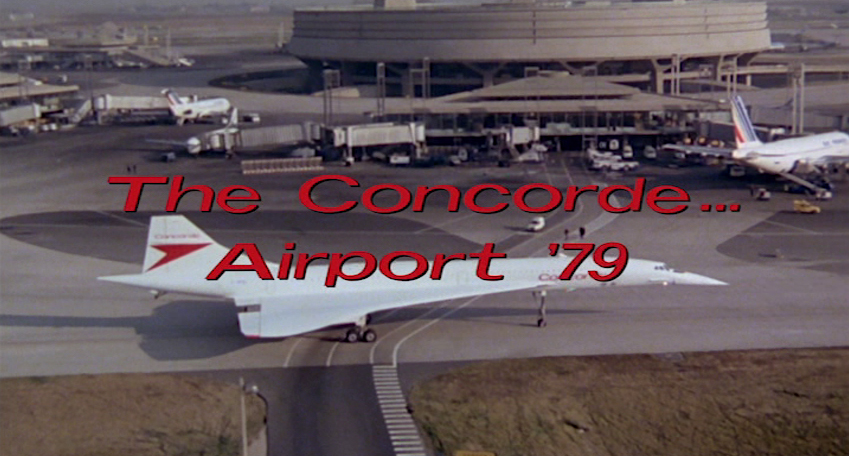 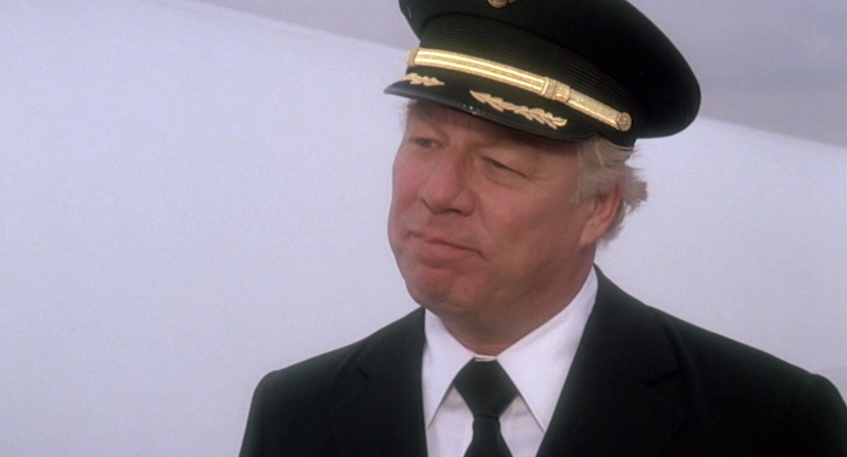 George Kennedy as recurring character Joe Patroni, always the bridesmaid but never the bride finally puts on his captain’s hat to fly the luxurious supersonic Concorde on its maiden flight from Paris to Washington D.C. I’m not sure where to begin. Concorde… Airport ’79 feels like more of a parody than comedy hit Airplane, which was released the following year. To kick things off, computer-guided missiles are launched at the titular bird, which are deflected by George Kennedy’s right arm and one modest flare gun, whilst travelling at twice the speed of sound, so make of that what you will. When back in Paris, Patroni is treated to a prostitute by a good pal, because goodness knows he deserves it after breaking the laws of physics and motion. Once back aboard the Concorde and en-route to Moscow, the fun begins again. With a staggering $14 million budget, I can only assume that $13 went to the cast because it looks cheap and nasty with some pretty shameful special effects, even for the time. Ironic viewing in compulsory, or you won’t make the journey with your mind intact. 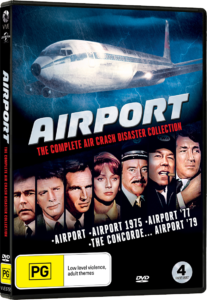 Presented in 1.85:1 widescreen, the stable and vibrant SD image is fairly consistent for each feature, although I would rate Concorde as least visually appealing, which looks a little rough at times. Sound comes in under Dolby Digital 2.0, which is perfectly adequate, but not immersive. I was pleased to see a basic menu on each disc, which the option of closed captions and a theatrical trailer for good measure. While not a premium release by any means, this collection is great value for money and a very practical means of watching the film series.

I’m glad to have finally seen the Airport ‘quadrilogy’ and I appreciate the effort from Via Vision for bringing the collection to the Australian market as I know many would get a kick out of these films. To sum up the all four, I would say that 1975 and ’77 are the most enjoyable, both achieving balanced narratives with a solid cast, while the original tries way too hard and ’79 is just not a good movie. 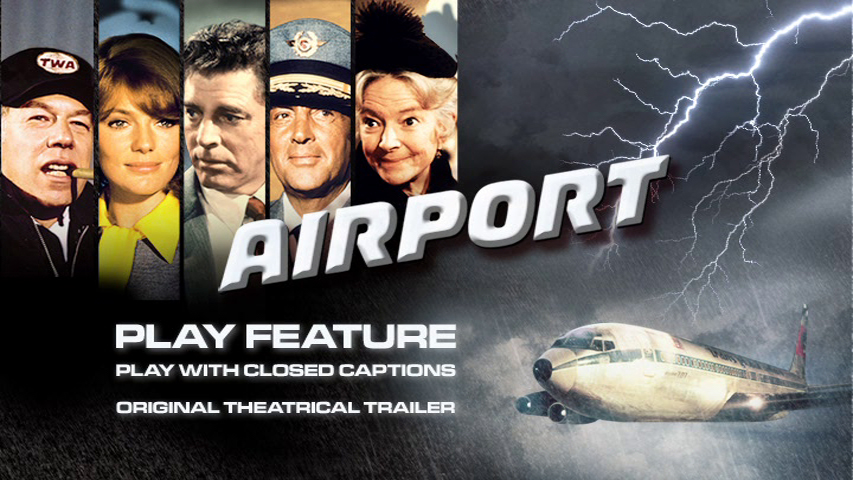 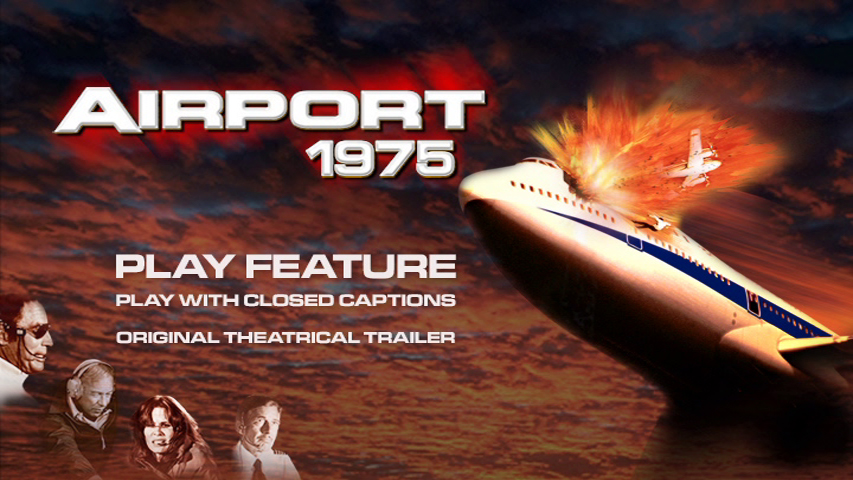 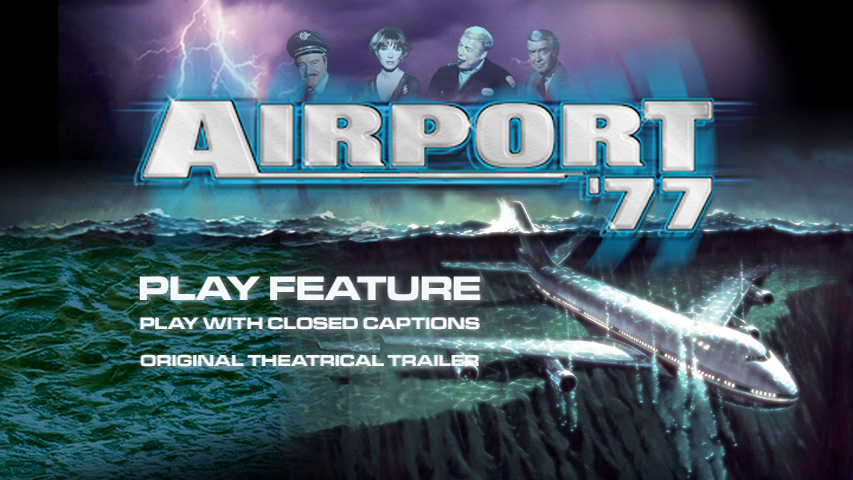 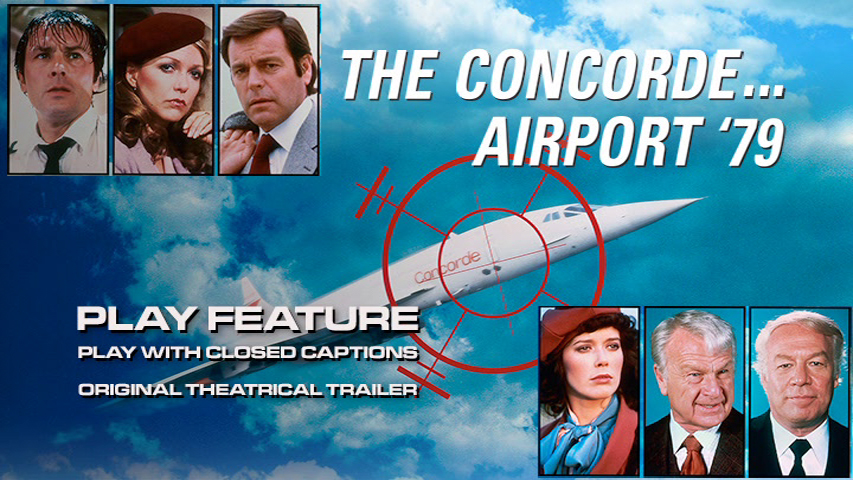