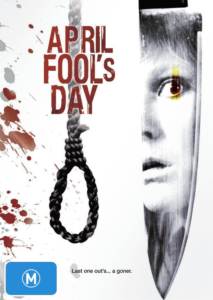 With boutique labels like Arrow Video and Scream Factory giving copious amounts of love to genre classics, it’s quite frankly a little stunning that Aprils Fool’s Day is without a Blu-ray release. Nevertheless, the staple 80s slasher can still be enjoyed via the ‘Old Faithful’ of disc formats, DVD, which is still floating around retail bargain bins.  For those unfamiliar with Fred Walton’s prank-oriented feature, nine college students spend the April Fool’s Day weekend in a friend’s remote island mansion. One by one they fall victim to an unseen killer.

Slashers generally come with a large degree of seriousness plus a horrific backstory to lay the groundwork for our notorious killer. However, the carnage that awaits us in April Fool’s Day is offset by fun and often cheesy a party-centric vibe thanks to a loose band of characters and a casual self-parody. The film’s island setting helps contain much of the energy from the constant jokes and frivolous activities that sprout from our young adult cast, amount to the thoroughly entertaining experience. While some may argue a statute of limitations regarding spoilers, you’re perfectly safe reading this review as I would hate to ruin any first time viewing. Having said that, I will say that the film’s primary strength is its ability to repeatedly swerve the audience, to the point where a revisiting the piece some years later still come with a fun element of surprise. Performances from the ensemble cast are decent, playing off the light tone. Tomas F. Wilson (Back to the Future) stands out as the show-off Arch, who flare for physical comedy is on full display while Deborah Foreman as the film’s central lead and hostess Muffy St. John is strangely unhinged yet elegant.

Paramount’s DVD treatment of April Fool’s Day is a testament to the priority of care studio labels gave before the HD way took precedence. Picture is well-balanced with a nice amount of grain and strong blacks. Watching the disc on an up-scaled on a 46” LCD looks greats and does not show its age in the slightest, especially coupled with the 5.1 Dolby track through a surround sound system. 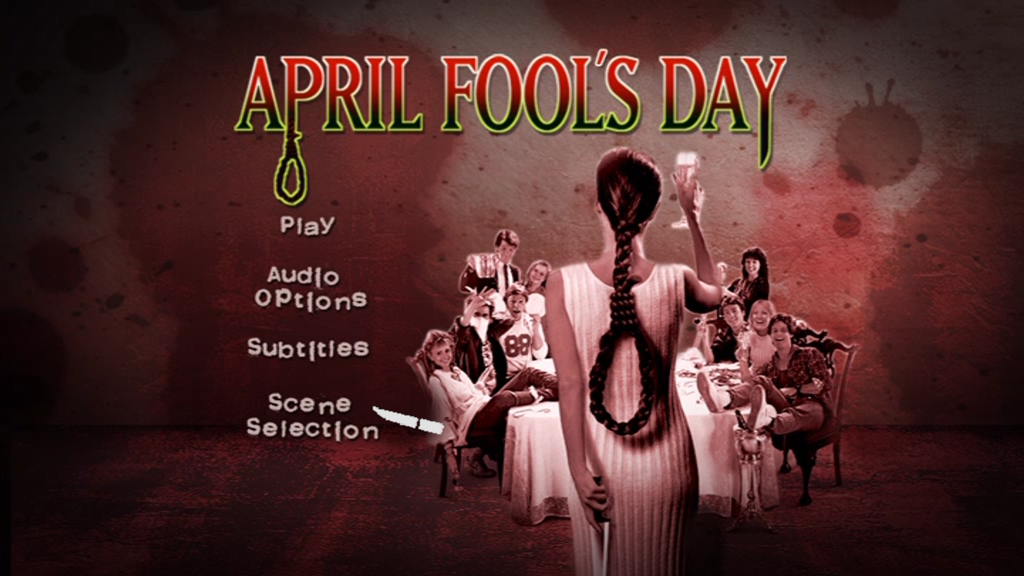 April Fool’s Day is a campy horror-mystery that could have easily been plucked from the stylings of Scooby-Doo.