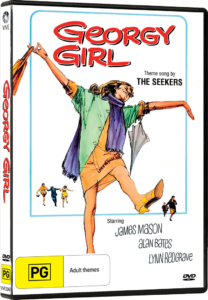 Via Vision continue to expand their catalogue of classic titles into 60s British cinema with Georgy Girl; the modest story of a conventionally unattractive young woman, Georgy (Lynn Redgrave), who lives vicariously through the turbulent relationship of a roommate and her boyfriend. In between the trio’s tussles, our lead dodges the unwelcome advances of her father’s middle-aged employer. Out now on DVD for the first time in Australia.

I always assumed Georgy Girl was shot in colour; I guess it’s simply how I imagined it based on the setting, the titular song and the mid-60s which brought with it a wide array bright imagery. Although, that’s not to say the film doesn’t work in black and white, in fact, the film is shot exceptionally well and captures the energetic vibe of the era. Also, the film is far from a frivolous affair; there’s a lot of substance within the story, which makes a strong statement about society’s paradigm of what is attractive or the ‘ideal woman’. Georgy doesn’t have the “looks”, but she’s good-natured and very warm. However, due to our lead being labelled as “unattractive” she feels pigeonholed and is encourage by father to be grateful for any opportunities presented, particular from his boss, James (James Mason), a wealthy man who makes a somewhat flattering yet underhand proposal. Flatmate, Meredith (Charlotte Rampling), is in many ways the polar opposite of Georgy, whose party-filled and implied promiscuous lifestyle is stalled by an unexpected pregnancy with casual boyfriend, Jos (Alan Bates): a young man who can’t decide what he wants. This dynamic trio embodies the struggles of finding one’s path in life (or one’s resistance to it), and while they share genuine moments of happiness, their individual attitudes, mainly Meredith and Jos, brings a profound sadness in relation to their choices. Performances are terrific from the film’s four stars, especially Lynn Redgrave and James Mason who were both nominated for Oscars. Mason is very charismatic as he balances the fine line between a gentleman and dirty old man during his scenes with Georgy, who Redgrave portrays convincingly with a broad spectrum of emotion. Charlotte Rampling is perfectly sultry as the abrasive Meredith while Alan Bates can’t switch off as the indecisive and exhausting Jos.

I suspect Georgy Girl has been lingering around the vaults at Columbia for quite some time, venturing out for only TV broadcasts, which were regular during my parent’s first subscription to Foxtel in the late 90s. It’s a decent digital scan, but the B&W 1.78:1 image is noticeably soft for DVD standards, although some scenes show up better than others. NTSC formatted and region 4 encoded, the sound is in Dolby 2.0, producing a nice classic stereo acoustic, doing justice to the Seekers’ signature track which appropriately opens the film. English, and uniquely, Japanese subtitles are included. 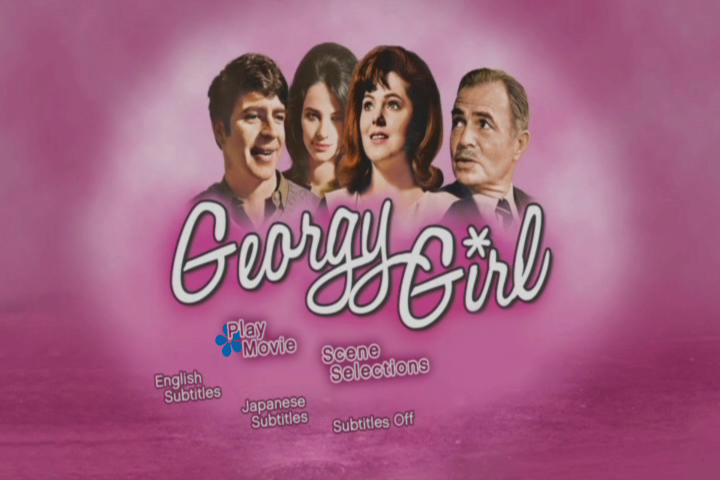 I’ve reviewed a good amount of Via Vision’s DVD releases over the past 18 months and I think it’s worth mentioning the overall quality of their packaging, which is better than it has a right to be. However, in relation to film’s blurb on the back, I must caution customers not to read as it spoils everything and I do mean everything. I assume the text was supplied by the licence holder, but it’s an oversight nonetheless that could hinder your enjoyment.

Georgy Girl means well and is an enjoyable romantic comedy, but its lasting message doesn’t land too well in today’s society. Nevertheless, it’s a genre staple within Britain that translates well to its former penal colony now known as Australia. 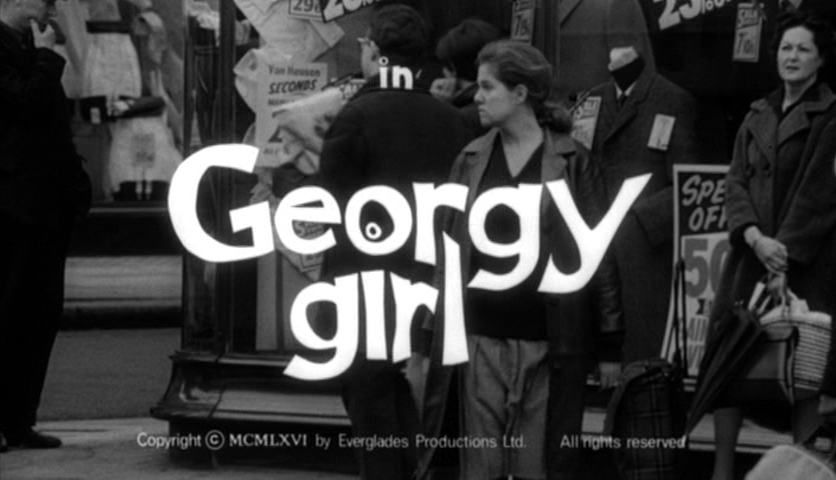 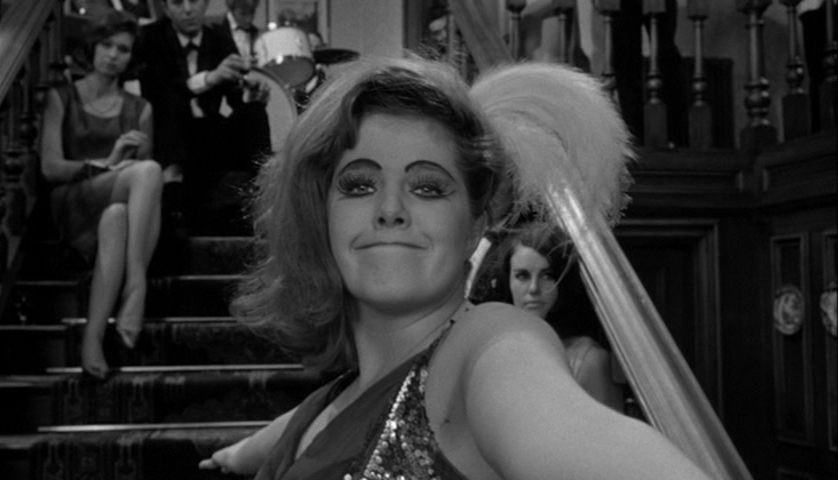 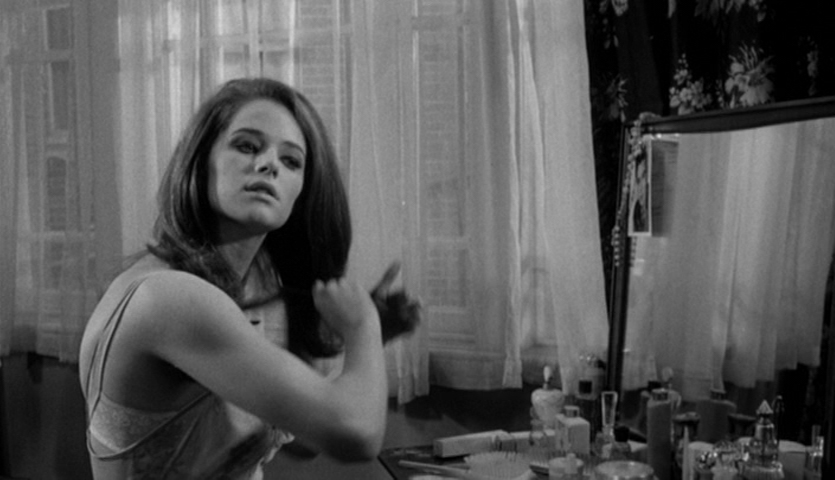 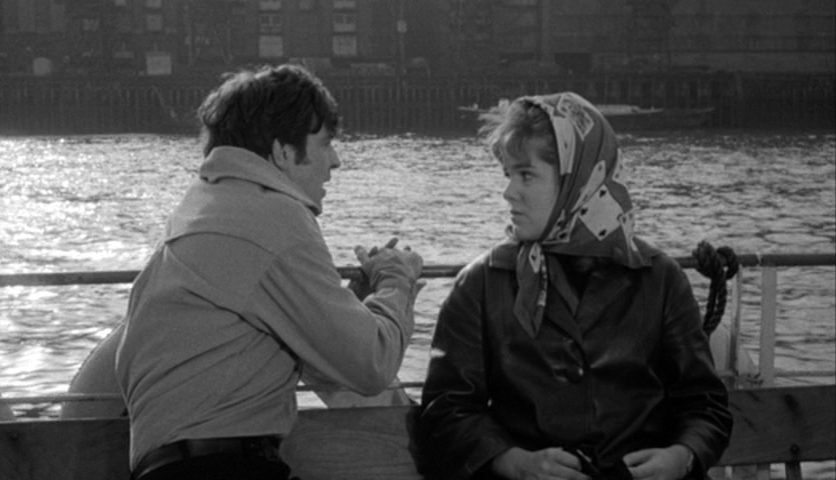 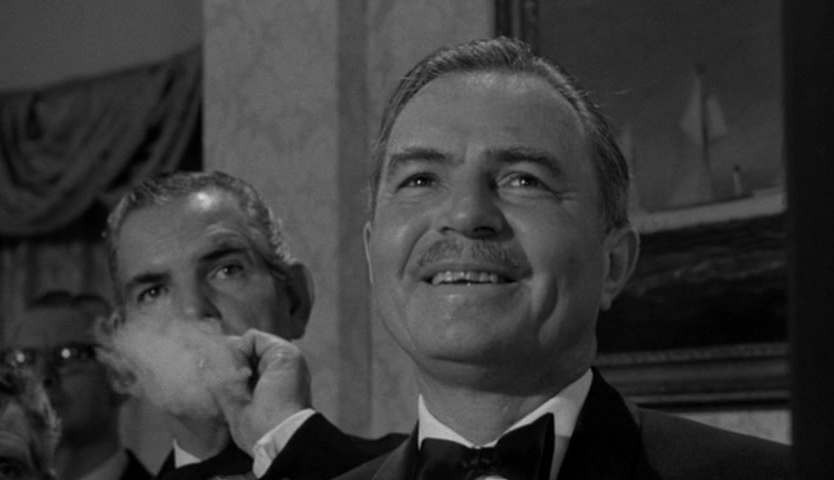 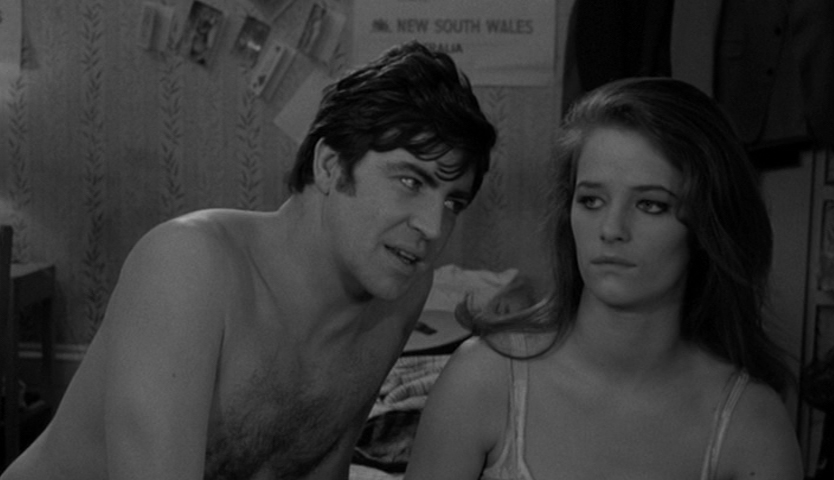 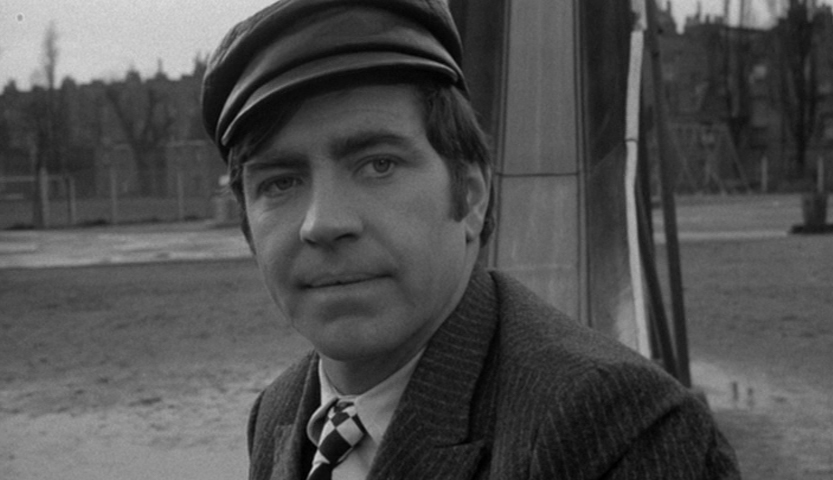