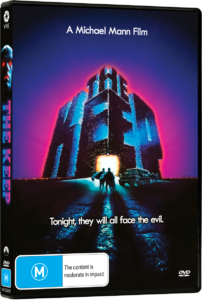 Michael Mann’s gothic classic seemed to be an uphill battle from the start, with a troubled production compounded by limitations set by the studio. Completed as three-and-a-half-hour film, a two-hour cut was assembled for test audiences which were not positive, so The Keep was again trimmed prior to release, coming in at just 96 minutes. Now for the first time ever, Mann’s troubled venture is on DVD, through Australian distributor Via Vision Entertainment.

When a unit of Nazi troops roll into a quaint and slightly ominous Romanian village for “strategic purposes” a spectral evil is unleashed when soldiers try to steal one of the many metallic icons inside the fortified keep. Upon reading about The Keep, its premise sounded really interesting, playing into the notion of Hitler’s obsession with the occult. Initially, during the opening scenes, I felt really drawn into this tiny unknown corner of ‘Occupied Europe’ with only ambiguous clues and the stunning architecture of the ancient structure to heighten my curiosity. It’s shorty after when soldiers are being torn apart by an unseen force when the film begins to decent into a jumbled mess, very little of which makes sense. Ian McKellen plays an ageing Jewish historian plucked from a concentration camp to help find an explanation for the horrific attacks, while the resonating energy is beckoning to Glaeken, a mysterious individual played by Scott Glenn. Unfortunately, nothing of much value come from these additional characters, as there’s no development of consequence. As a result, the film’s plot doesn’t really take full shape, it just gets progressively weirder. I realise there’s a market for those kinds of films and The Keep certainly does have its fans, but to me, the film doesn’t work and deliver on its concept. Although, I can appreciate the fever-dream-like ambience, which I enjoy in horror movies and the set design is truly otherworldly. Tangerine Dream’s music contributions to the soundtrack really stamp the film in the 80s and is an odd mix with the 1941 setting, but it’s a nice electric sound and suits the unusual overall vibe. Jurgen Prochnow as Captain Woermann is very sympathetic as the main protagonist despite wearing the Nazi uniform, while a young Gabriel Byrne as his superior Kaempffer is very menacing, although slightly cartoonish. Mann injects some subtle anti-Nazi sentiment through some of the dialogue the way our arrogant intruders are disposed of, but I feel it’s undercut by a disjointed narrative.

I’ve found that first-generation DVD releases have either been really good or really bad, but The Keep falls comfortably in the middle, scrubbing up better than most would have expected. I watched the film on a 46” flat screen via HDMI up-scale and while the 2.35:1 NTSC image does look a bit washed-out at times, lacking some clarity, quality is for the most part consistent. Colours aren’t particularly vibrant, but the blue hue that dominates the many of interiors scenes inside the titular keep thankfully come across well as it’s a key part of the film aesthetic. Sound, however, is frustratingly low in volume and fluctuates on a few occasions during dialogue, all despite the 2.0 stereo track. 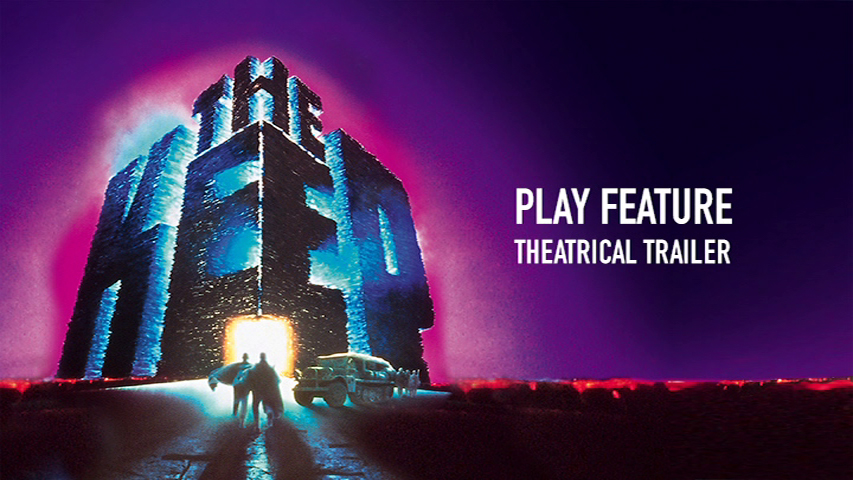 I can’t mask my disappointment with The Keep, but I’m glad I own a copy and I’m grateful to Via Vision Entertainment for releasing it on disc and with a reversible sleeve, giving the Australian market a nice little exclusive. Perhaps one day we’ll get to see Mann’s intended vision, but until now this edited and flawed slice will have to do.