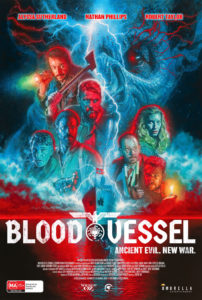 Adolf Hitler had his grubby little fingers in a lot of pies; one being the occult. An obsession for which has been the source of many legends, myths and ghost stories. Mostly internet-based. What drove this fixation is unclear, but it’s likely that Hitler was driven by the prospect of giving his armies a paranormal advantage over the enemy. Filmmaker and special effect wizard, Justin Dix, draws inspiration from this idea for his second feature film, Blood Vessel, which is now available on DVD and digital platforms thanks to Umbrella Entertainment, with a forthcoming Blu-ray release on the horizon.

Set in the North Atlantic, late 1945, which is odd since Germany officially surrendered in May of that year; a group of survivors from a torpedoed hospital ship are floating adrift until they encounter a seemingly abandoned German minesweeper. Upon boarding, they soon discover something evil resting below the deck of this dilapidated ship. It’s not hard to deduce what awaits our stranded characters, each of whom represents an Allied nation. Nathan Phillips as Aussie “Digger” Nathan Sinclair leads the cast in this independent survival horror, which has been marketed as a throwback towards that rapid creative style that spawned many VHS classics. However, that heighten aesthetic of the retro artwork actually carries over into the film, and while it may be literally too dark at times, it does help enhance the atmosphere. Blood Vessel is, for the most part, interesting despite not being entirely original, but I think that was the point. I’ve always liked the idea of combining real-world evil with the type that resides in fiction, which Dix and co-writer Jordan Prosser archive well. Why the Nazis thought they would have any sort of control of these dark forces speaks volumes about their insanity, as the film makes clear with the remnants of carnage scattered throughout the vessel. Unfortunately, acting was the biggest hindrance to my enjoyment, which is very patchy. Nathan Philips is clearly on board with the story, pun intended, along with his Russian counterpart, Teplov, play by Alex Cooke. Together have the best dynamic and carry the film through its somewhat labouring second half. Supporting players don’t contribute much except for the film’s body-count. Special effects are of a welcome practical variety, especially the creature design, which take on a realistic quality through the cinematography by Sky Davies, who creates a nightmarish hellscape with the many narrow corridors, rusty pipes and venting steam within the bowels of the ship. 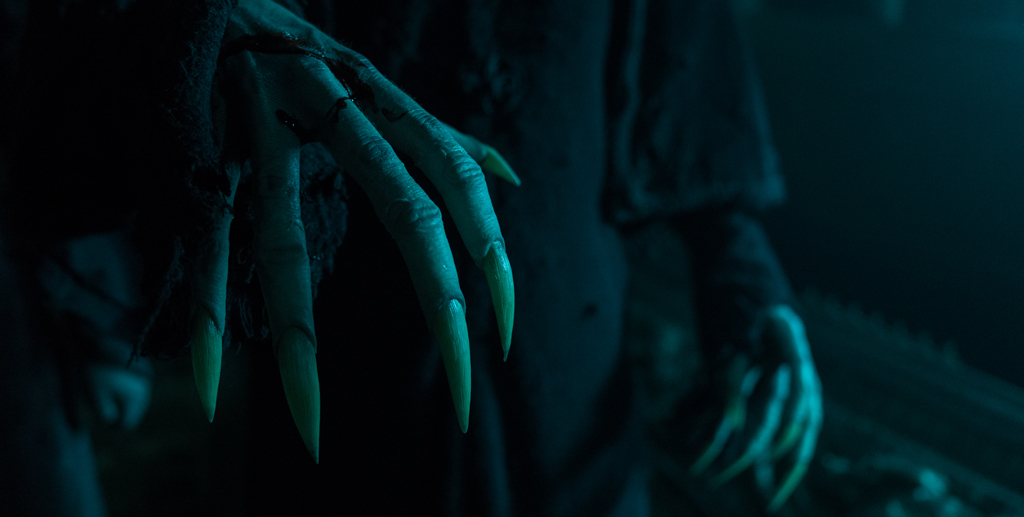 While the Third Reich contributed nothing to humanity, it gave filmmakers a seemingly bottomless well of horrific ideas for genre cinema and Blood Vessel is a perfect example. Call it a soft remake of Death Ship if you like, but Justin Dix gives audiences his own distinctive vision. 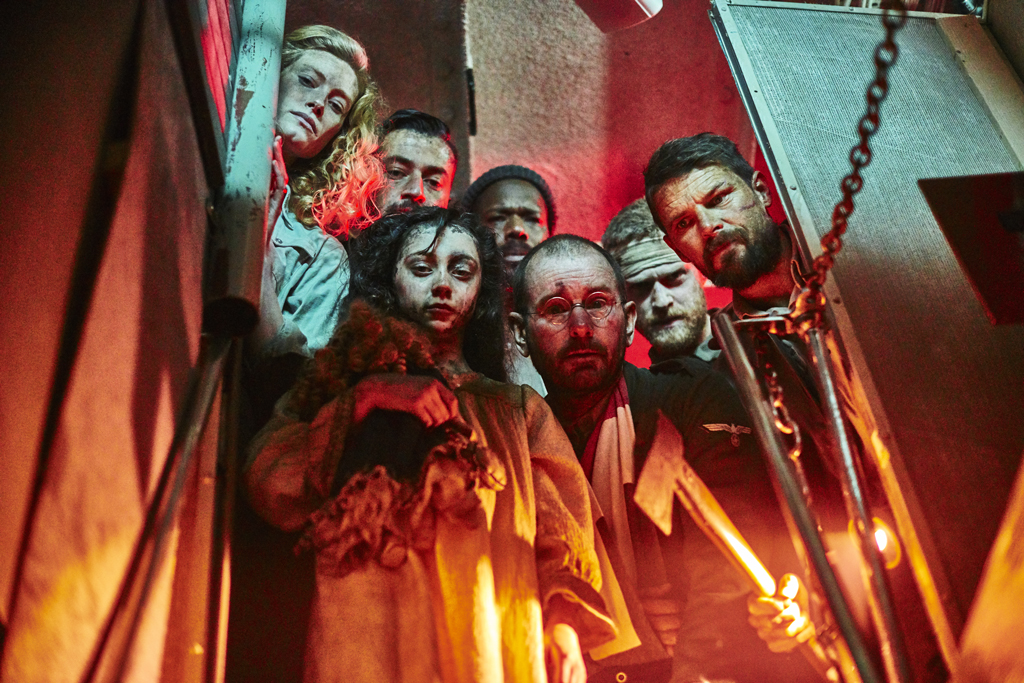 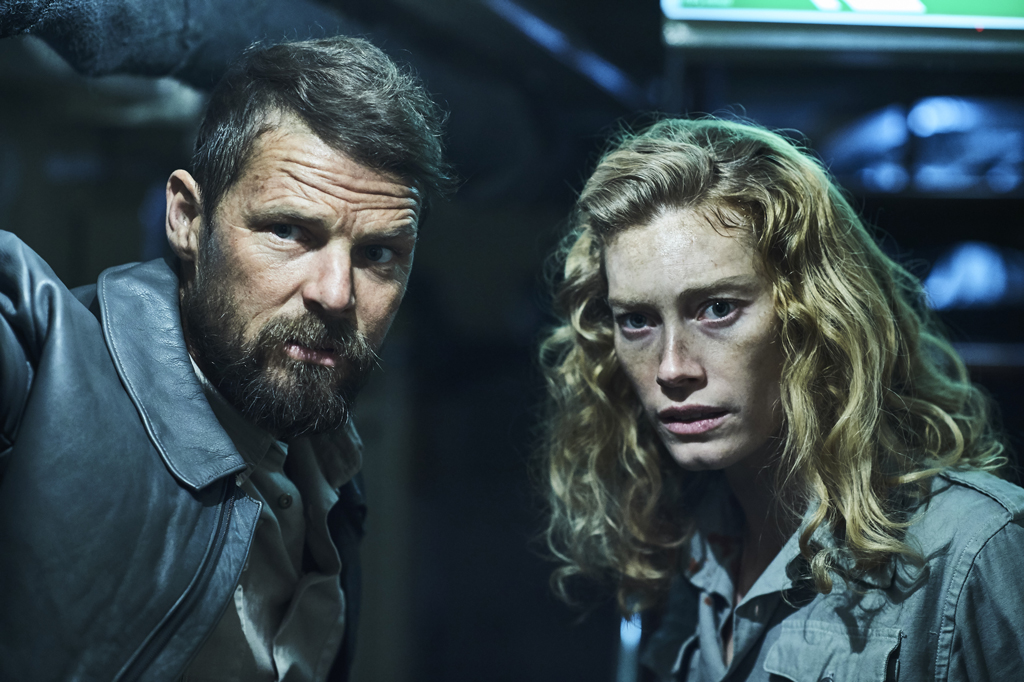 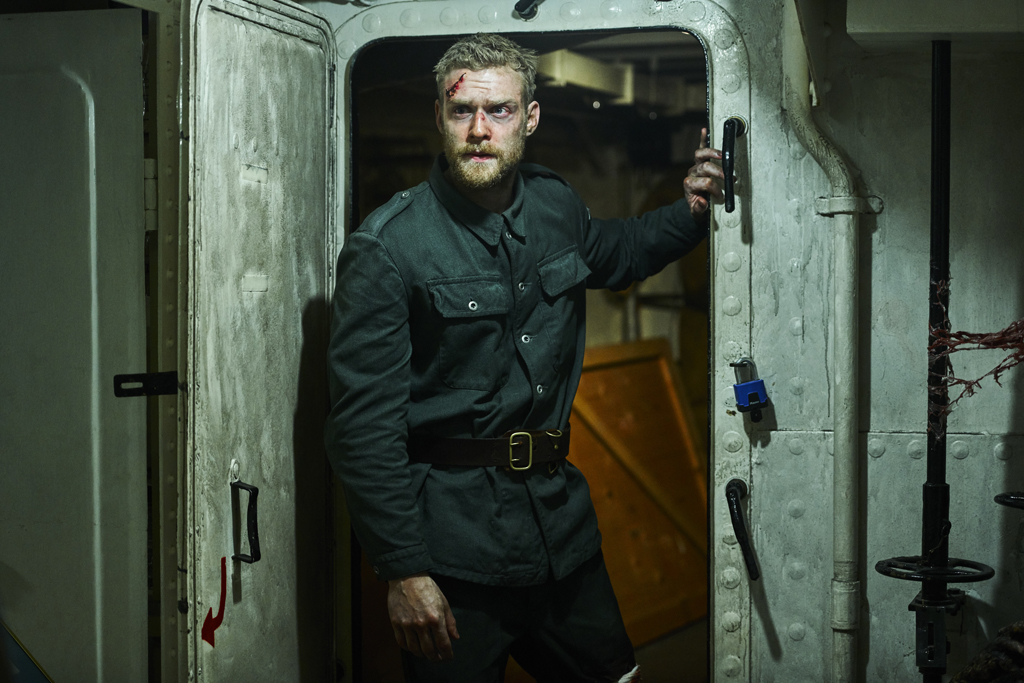 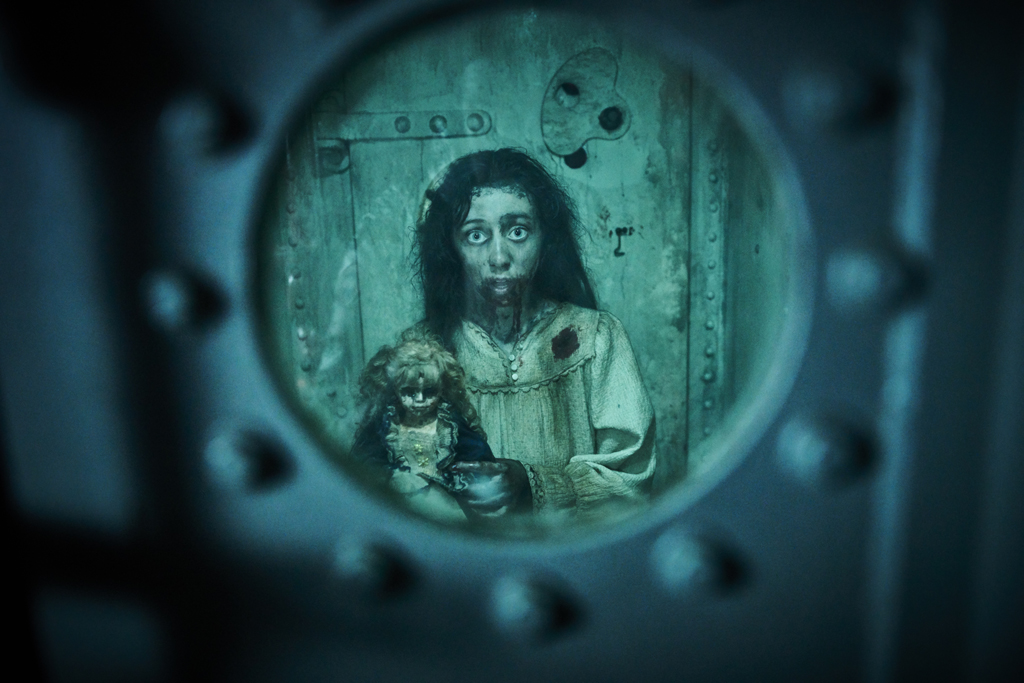