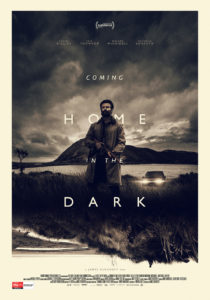 I remember the anxiety I felt as a child during the many drives home with my parents at night. Often during backroads, we chose for convenience sake, that took us through wooded areas which were only short distances. However, to a young and active imagination, the tree line rushing past my passenger window felt like I was staring at the edge of nothingness, wondering what would happen if we broke down. James Ashcroft, I feel taps into these fears, via his directorial feature debut, Coming Home in the Dark, a New Zealand thriller that’s out today in select cinemas across Australia, right on the eve lockdown’s end for most of Victoria.

When a family of four encounters two drifters while enjoying nature’s splendour off the beaten track, a father must confront an event from his past that until now, he’s all but forgotten. The seemingly random nature that begins this gut-wrenching journey, echoes The Hitcher, but while the titular villain in the 80s classic represents death incarnate, our lead antagonist, Mandrake (Daniel Gillies), personifies something else, something deep-seated and personal to our family man hero, Hoaggie (Erik Thompson). Coming Home in the Dark does not shy away from its use of violence, resulting in a gripping yet uncomfortable viewing experience and the ambiguity behind our characters meeting leans into a subtle philosophical notion, which also extends from Mandrake’s rather insightful dialogue.

Erik Thompson, who’s carved a very successful career in television over the past couple of decades, deliverers a very raw and emotional performance as the put upon Hoaggie, as does his wife, Jill, played by Miriama McDowell. Their reactionary response to the sudden bursts of brutality from Mandrake, feel very realistic to the situation. Daniel Gillies, an actor I’ve never seen before, is one I won’t forget any time soon. As unrelenting as Mandrake is, there are moments when I almost feel sorry for him. He’s a man who has abandoned what was left of his humanity and succumbed to the demons from his traumatic past, enabling him to do the things he does without hesitation.

Coming Home in the Dark can be viewed and more or less enjoyed as a straightforward (no pun intended) backroad thriller, with ample violence befitting to the sub-genre, but its message of retribution and revenge, whether justified or not, speaks to an idea that brutal acts from one’s past have far-reaching consequences.

To find where Coming Home in the Dark is playing, check the complete guide of locations across both Australia and New Zealand by Monster Fest 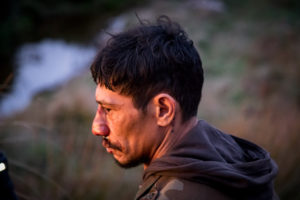 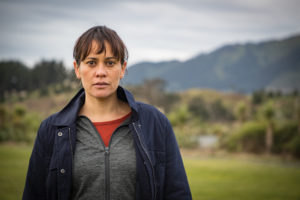 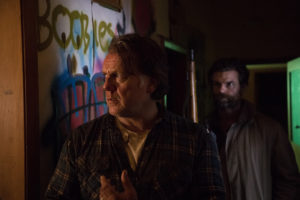 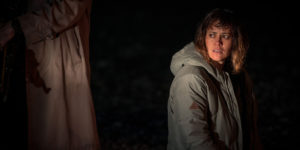