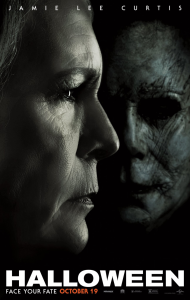 I introduced myself to Michael Myers in the mid-nineties when I was allowed to rent John Carpenter’s original Halloween on VHS. Due to the brightness and colour being all but depleted on my parent’s remote-less TV, my first viewing involved a great deal of squinting, especially during Michael’s escape from Smith’s Grove Sanitarium. Forty year after the iconic slasher hit theatres, we’ve been presented with yet another sequel in the long-running franchise, but one that unapologetically disregards all that came before it. Simply titled Halloween (because that’s not confusing at all), Laurie Strode has her long-awaited final confrontation with masked bogyman Michael Myers, since she narrowly escaped his rampage of mindless wrath four decades earlier.

With my local theatre undergoing somewhat of a renaissance since a drastic reduction to admission prices, Halloween has brought about an enthusiastic crowd of film-goers, which helped in making my viewing an overall enjoyable one. However, the film is not without its issues, that have left fans feeling disappointed and understandably so. I go the impressed that director David Gordon Green and fellow screenwriters Danny McBride and Jeff Fradley felt they were onto a sure thing no matter what, and thus failed to set their sights high. Halloween feels for the most part like a re-tread of Carpenter’s film, but tweaked for modern audiences and sensibilities. Moments of casual humour are often misplaced, while a lot of the dialogue is questionable and thinks it’s smarter than is actually is. Not surprising, there isn’t much in the way of a story other than the inevitable confrontation between our two stable characters and underlying family sentiments shared among the three generations of Strode women. Much of the narrative is bolstered by a sizable bound count, comprising of some uncomfortably brutal kills, despite mostly taking place off-screen. Performances are generally competent, but unfortunately there are no real stand-outs among the cast, apart from Will Patton as the empathic Officer Hawkins. Jamie Lee Curtis, who is undeniable the film’s biggest draw for long-time fans, prove a formidable advisory for Myers as the isolated Laurie, although this is far from her best work. 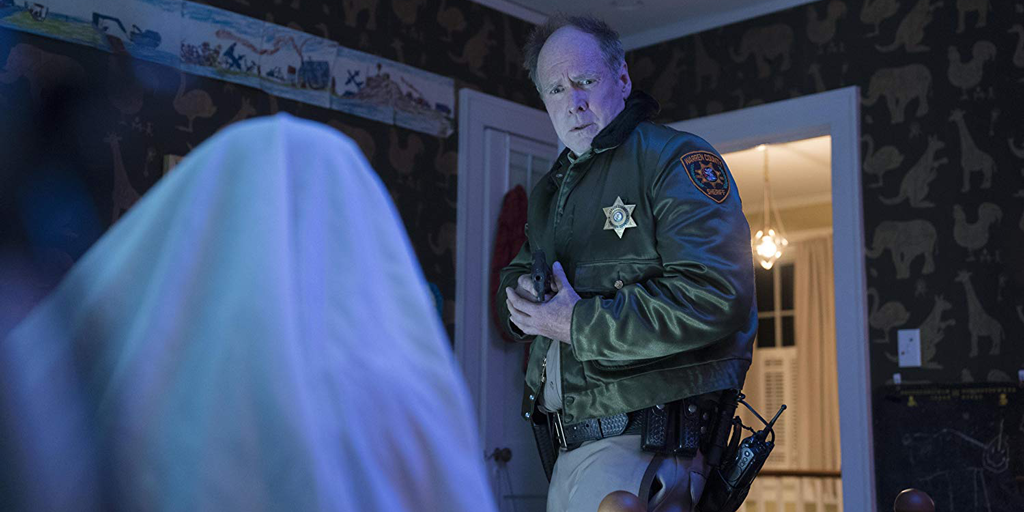 With an amazing revamping of the original score, and a clever twist on the opening credits, Halloween is a little heavy-handed with fan service and nostalgia, but generally succeeds as a horror movie. It will likely end up as a mostly forgettable instalment over the coming years, so see it on the big screen to experience its full effect.