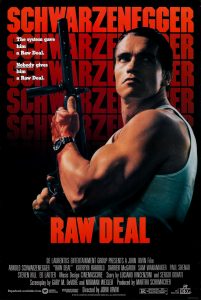 I could sit through just about any action movie as a child, the genre I was practically raised on, and like many kids of my generation Arnold Schwarzenegger was a huge favourite. However, there was one oddity among my regular VHS rentals, Raw Deal, a title I would purposely fast forward to enjoy it’s two ludicrous climatic shoot-out scenes, with no regard for the film’s delicately crafted story about a disgraced FBI agent (Schwarzenegger) who agrees to help a former colleague infiltrate the Chicago mob after his son is killed.

It wasn’t until my late twenties when I finally clicked with Raw Deal in its entirety of an epic 106 minutes. Lying on my couch sick with flu, amid the dead of winter and hopelessly unemployed, I inserted the DVD with little thought and allowed myself to fall into its cheesy embrace. Watching an actor like Arnold Schwarzenegger trying to imitate the likes of James Bond and Humphrey Bogart as he effortlessly mingles with the underworld’s finest is an experience like no other. Convinced he’s nailing the character with every line delivered, I can’t help feel a little impressed by the ambition of this Hollywood A-lister who is clearly ill-equipped for the role, not to mention acting. As an action movie Raw Deal delivers in spades with Arnie under the guise of Miami criminal Joseph P. Brenner, wreaking havoc at every turn while almost cheating on his long suffering wife with temperamental mob groupie Monique, (Kathryn Harrold); all in the name of justice for his FBI pal played by “The Old Man” from A Christmas Story, Darren McGavin. 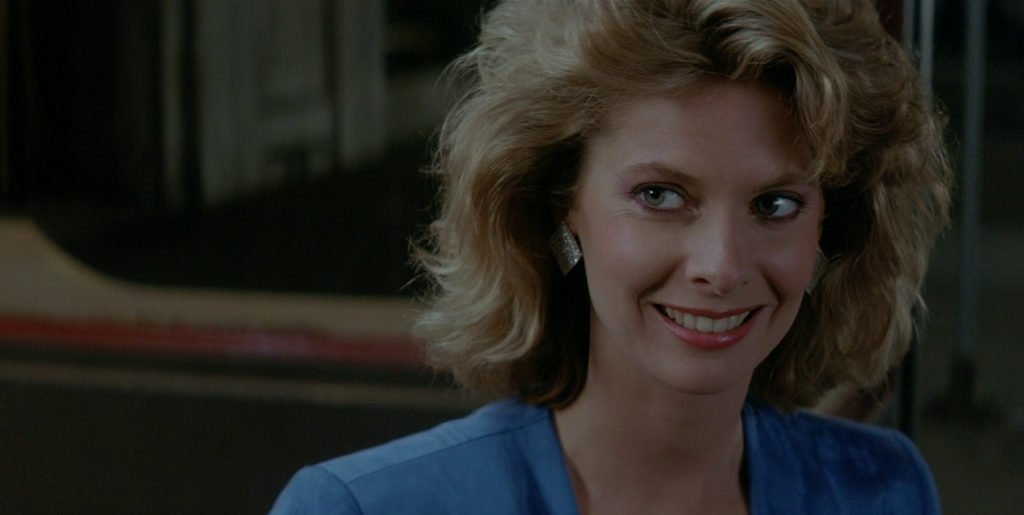 Climbing the chart of my guilty pleasures with every viewing, Raw Deal is what it is, no more and no less. If you haven’t already take some time to watch Schwarzenegger in his most audacious film of the 80s, you’ll mostly likely regret it.