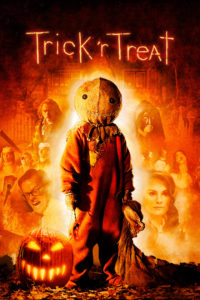 I’ve watched Trick ‘r’ Treat on every Halloween night since 2014, with my seventh viewing just a day away. It’s a movie that tires and with the gradual increase of ‘trick ‘r’ treaters’ coming to my door while the Blu-ray spins, interruptions aren’t an issue and actually prolong my enjoyment.

You may be surprised to know that Trick ‘r’ Treat was by in large a direct-to-DVD and Blu-ray release after being delayed for two years and a very limited series of theatrical screenings. Written and directed by Michael Dougherty, based on his 1996 animated short, Season’s Greetings, his feature-length debut has since gained a cult following, building traction each year with mainstream audiences.

Why should you watch Trick ‘r’ Treat on Halloween? Well, first and foremost, it’s an anthology, and without going into spoilers, the notion of this ultra-seasonal tale is that of punishment for evil deeds and disrespect to the tradition of Halloween, which is personified in the form a fully costumed tyke, whose ominous presence lingers throughout. Our four stories are woven together so carefully and precise and even after subsequent viewing, I’m still in awe of the Dougherty’s writing. Our characters all come in literally all shapes and sizes, spanning different ages; from a mild-mannered monster, played by underrated Dylan Baker, to a reclusive old man (Brian Cox) whose past sins have finally come calling. Then there’s the mean spirited and selfish nature of the more youthful; such as a cruel prank against the socially outcast, a predatory coming of age ritual and a blatant lack of humanity. Visually, the film has a Halloween aesthetic that’s unmatched, with the holiday’s signature black and orange decorations blended with crisp autumn foliage raining down on the sidewalks. While it’s mostly an outdoor affair, and rightfully so, the interior scenes we do get absolutely drip with atmosphere, and special effects are 90% practical which I think is quite telling for the mid-2000s. 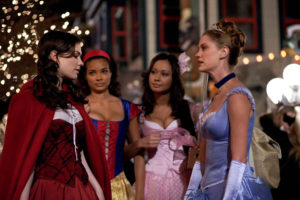 If your ‘month of horror’ culminates with John Carpenter’s seminal slasher, try sneaking in Trick ‘r’ Treat beforehand, which comes in at a very convenient 82-minutes. Chances are most have seen it by now, by after multiple viewings I felt it was time I penned my thoughts, which I hope wins the film a few more fans.