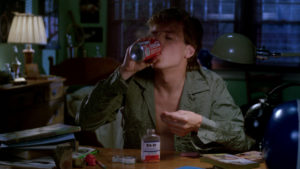 Freddy’s Revenge stars Mark Patton as the tormented teenager, Jesse Walsh, is doubling down on his effort to stay awake with some loaded “Stay-Up” pills and a can of the controversial “New Coke”, which thankfully didn’t last. However, the concoction can be seen throughout the film in the form of empty cans, mostly in Jesse’s room. I don’t know for certain, but Coca-Cola probably had something going with New Line Cinema. 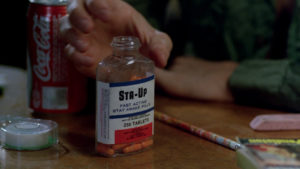 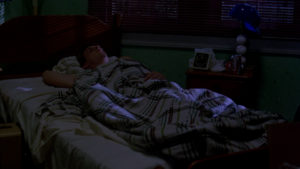 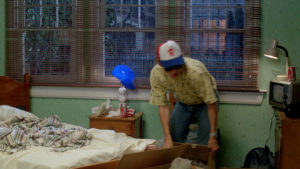 Coach Schneider (Marshall Bell), who has a thing for pretty boys, is moments away from getting wasted by a Freddy; while the side of a vending machine sneaks into the frame, probably on purpose. What follows is arguably the most homoerotic scenes in A Nightmare on Elm Street 2: Freddy’s Revenge, a sequel know famously for its subtext and one which has since been embraced by the LGBT community. 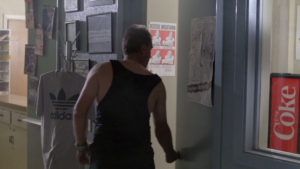