While I seldom drink Coca-Cola these days, I’ve had an affectionate fascinating with the world’s most popular beverage since early childhood. You could say I’ve been a sucker for Coke’s marketing since the word ‘go’. I love everything it represents; from images of hot summer to its unmatched power of social equalizing. However, as a film-lover, seeing the emblem on the screen, whether it be in the form of a can, bottle or a rusty sign, gives me the most joy. In an effort to prolong this aesthetically pleasing and thirst-inducing sight, I aim to single out the instances where the world’s most recognisable brand makes a cameo.

During one of the many stops and detours in Wim Wenders’ Kings of the Road, our two emotionally detached leads, Bruno Winter (Rüdiger Vogler) and Robert Lander (Hanns Zischler), stop for a roadside Coke to go with their bratwurst. While very little dialogue is exchanged between the two, they’re clearly enjoying this simple pleasure out of a classic and iconic glass bottle. Upon some quick Google research, a 6.5oz Coke in the United States would set you back around 5c – which works out to be roughly 8c (DEM) in what was then West Germany, the film’s setting. 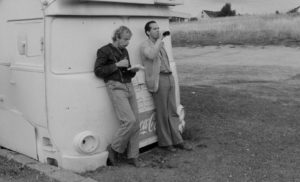 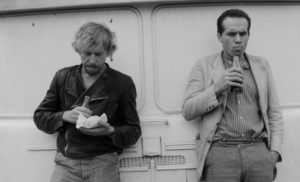 Wenders clearly has a lasting infatuation with aspects of American culture, which included Coca-Cola among other things. Many of his films came inspired by the vast tranquil expanses of the Midwest, which culminated with Paris Texas. The Road Trilogy is available on Blu-ray from Criterion and it’s by the far one of the most prestigious box sets I’ve laid eyes on.